Livestock, Whisky or Handbags: Where are the smart investors putting their money? [Part 2]

We’ve already covered some exciting opportunities – who knew you livestock and whisky had so much to offer! You can read all about them in Part 1.

If beef and booze don’t float your boat, don’t fret. There’s plenty of other options to stash your cash without relying on the stock market, or burying your bounty in the garden.

Here’s a further five of our favourite alternatives.

There’s no two ways about it, technology is taking over. Post-pandemic, even the least tech-friendly among us are grudgingly getting involved with more hands-off options to make life that bit easier.

But where do you start when it comes to finding the next big thing? Nearly 90% of tech start ups fail, but Apple, Zoom and PayPal were all sparks of ideas at one stage, so how do you get in at that point and what should you look for in this notoriously risky market?

Make sure that any company you scope out is really fulfilling a need, can you see this product making people’s lives easier. If the answer is no, move along. Are the team bringing it to market the best for the job – are there strong figures steering finance, marketing and operations, and have they had prior successes?

Platforms like Seedrs and CrowdCube allow low percentage investors to get in on the act, and can be a great way to test the water with new, exciting companies – just be aware this is not an investment option for the risk adverse! 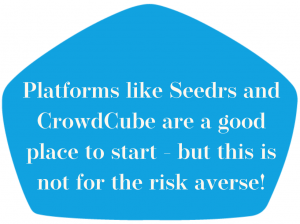 When we said we’d be talking about where smart investors are putting their money, we didn’t mean literally… but handbags are causing a big buzz on the investment markets.

Designer arm candy is a very real option for anyone wanting to explore the more affordable end of the luxury goods market with Art Market Research stating that they are now even outperforming art, classic cars and whisky in the payback stakes.

Not any old bag for life will hit the spot though. High end designer brands like Hermès, Louis Vuitton and Chanel are experiencing a huge spike in interest. The ultimate buyers-bag, a crocodile skin Hermès Himalayan Birkin, is the one on every wish list, with one tipping the tills at £268,663 in Hong Kong in 2016. Admittedly, it was trimmed with white gold and diamonds, but still.

Sadly, it’s unlikely that you’ll stumble across such a gem in your local charity shop, however keeping an eye out for mint condition classics at second hand and vintage stores can throw up the occasional results. Alternatively, there are plenty of specialist accessories dealers who can help you bag a deal.

Coin collectors (or numismatics to give them their proper title), have been waxing lyrical on the benefits of this pastime since the 12th century. Pope Boniface VIII was thought to be one of the first keen collectors, but modern investors have caught on to the change!

There’s a few types of coins that set collectors pulses racing, all for different reasons. Bullion coins are prized due to being made of precious metals, and are rarely used as a form of currency.  Commemorative coins are those minted in honour of a special occasion, a royal wedding, birth or the Olympics, for example. Business strikes are the everyday currency we jangle around our pockets, and Error coins are the ones where the mint has slipped up, minting 5p on a 2p coin, for example. Historical coins are also hugely popular, after all, who wouldn’t want to own something that may one have crossed the palm of a Roman emperor?

Building a coin collection can take a while, and for many people it’s a lifetime hobby. As an investment, consider each purchase as a business transaction and take care over the coins you choose. Put research into what will be valuable from a bullion perspective, hold special historical significance or likely will be valuable to coin collectors moving forwards. 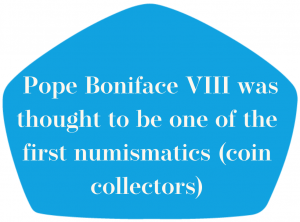 Like coins, there are plenty of people who count stamp collecting as a hobby. But realistically, there are very few stamps that are likely to help you hit the big money – and they’re rare. Believe it or not, this is really not an option for the faint hearted.

Known as investment grade stamps, they really are few and far between, but when you chance upon them, they are a stable asset that seems to grow steadily. Investment stamps have to be in pristine condition, and include items such as the first ever British stamp, the Penny Black (has to be pristine though, remember!) to error stamps, such as the famed 1935 Silver Jubilee ‘Prussian Blue’ stamp – only 480 of these were printed, and it is believed that only 360 were ever issued. This particular stamp is worth around £15,000.

Investing in stamps can be fraught with fakes though, so do treat carefully. Take expert advice, from expert teams such as Stanley Gibbons, who will help you spot the fakes, and post you in the right direction.

Whilst the upcoming 2030 ban on the sale of petrol and diesel cars doesn’t impact the sale of classic vehicles, there is no doubt that this move has cast doubt on the reliability of this previously buoyant investment market.

There are concerns that refuelling and maintaining vintage classics could become tricky as we move towards alternative fuels, which adds to the uncertainty. However, there are still deals to be had. If you are handy under the bonnet, picking up a less than pristine vehicle in need of a bit of tinkering can still be a bargain, and not only prove a worthwhile investment, but can also give you a great project than you may be loathe to part with (possibly not the best investment then)…

And that’s a wrap! Our Mashroom investment favourites, with not a bond or ISA among them!

As with all investments, even the most stable option can go down as well as up. We urge you to take your time before you choose to invest and consult with experts wherever necessary.