It’s hard to write about Notting Hill without mentioning the movie of the same name. Though more than 20 years old, the Hugh Grant and Julia Roberts film has become synonymous with the area and helped change the perception of this west London neighbourhood.

What was once an edgy area packed with social housing has transformed into a bohemian wonderland of antique markets, garden squares and cafes that aren’t quite sure if they want to be trendy or quirky, so they settle for something in between.

Today, the W10 and W11 postcode is a prime central London hotspot that commands rents on the higher end of the spectrum. If you’re thinking of moving to Notting Hill, we’ve put this guide together that tells you everything you need to know about one of London’s most sought-after neighbourhoods.

Where is Notting Hill? 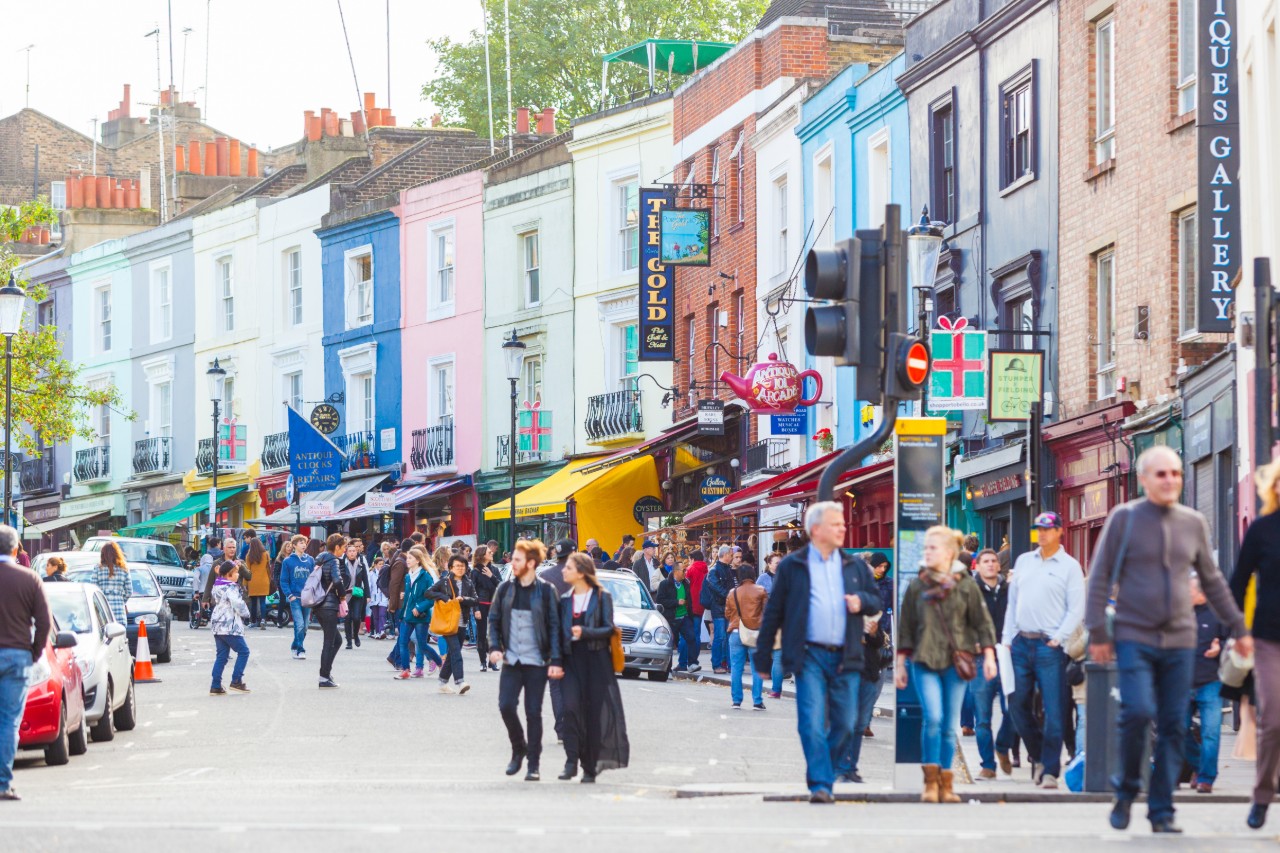 Notting Hill is an affluent area in West London. It falls under the Royal Borough of Kensington and Chelsea and is a cosmopolitan and multicultural district. Neighbouring postcodes include Chelsea, Kensington, Ladbroke Grove, Bayswater, Queensway and Westbourne Grove.

A brief history of Notting Hill

Notting Hill’s name first appeared in 1356 as “Knottynghull”. Until the expansion of urban London during the 19th century, Notting Hill was a county of Middlesex. And it was referred to as a county up until the late 1870s.

The area remained rural until the 19th century, when James Weller Ladbroke, Notting Hill’s principal landowner, started developing the estate. He laid out plans with spaces for roads and houses and named many of the streets after himself including Ladbroke Grove and Ladbroke Square.

Post-war Notting Hill became known as one of the worst areas in London, with several actual slums acting as housing up until the 1960s. During the 70s and 80s, it started to regain some of its initial charms. But it wasn’t until the movie Notting Hill that the area exploded and became the desired location it is today.

An in-depth look at Notting Hill

Notting Hill is a popular spot for many younger City professionals who can afford the premium rental prices. There’s a relatively even split of males and females, and the median age is just 28. There’s also a strong Caribbean and Portuguese community, with the Notting Hill street part one of London’s most iconic festivals.

Types of property in Notting Hill 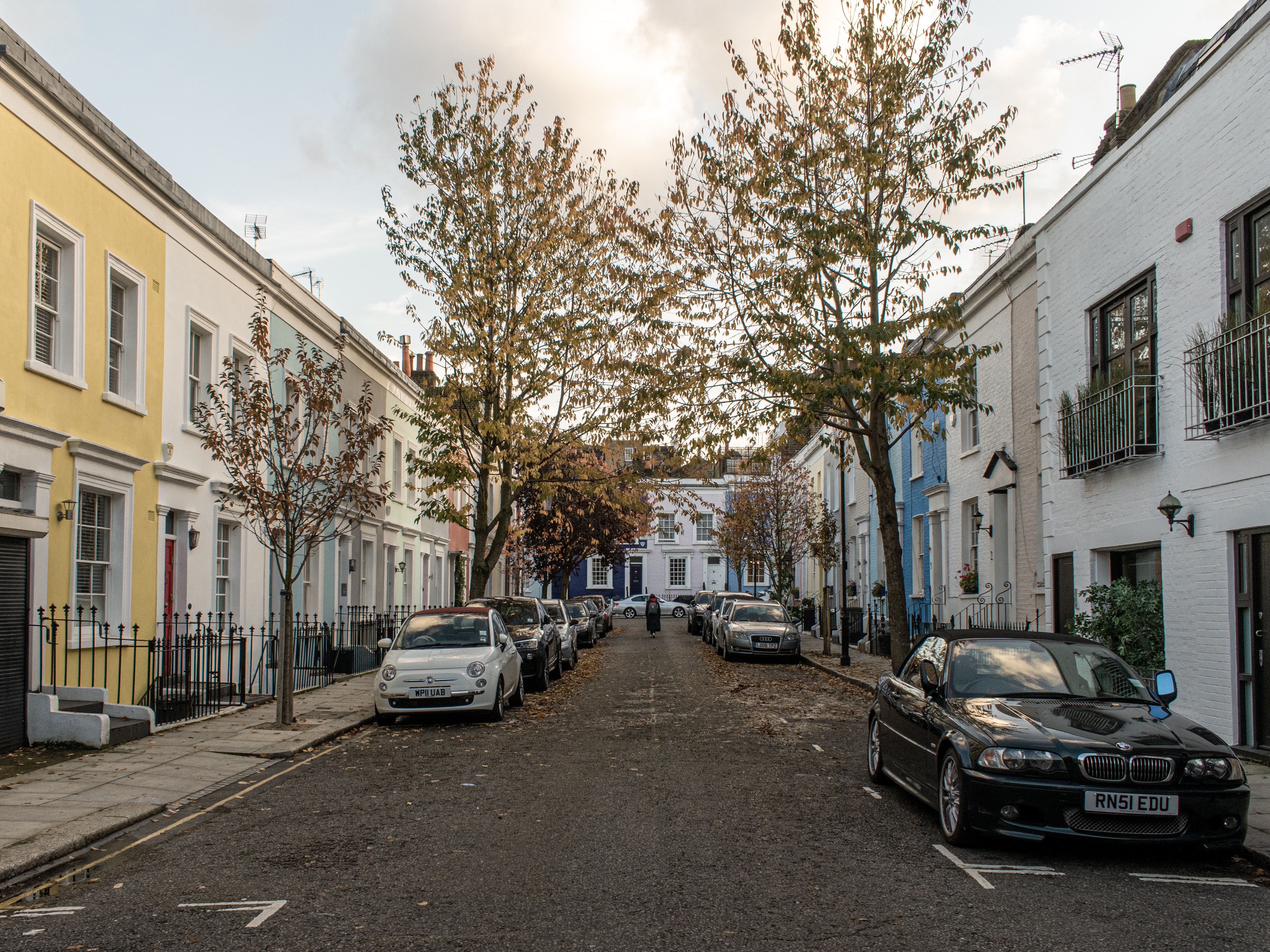 You will find some of London’s prettiest properties in Notting Hill. Pastel Victorian townhouses line the area, evoking a distinct look that is almost picture-perfect. Large stucco terraces face garden squares, many of which have been turned into apartments.

New developments are few and far between, but there are some homes that were built in the last few years. Portobello Square is a residential development that offers modern flats and an alternative to Notting Hill’s mostly period properties. 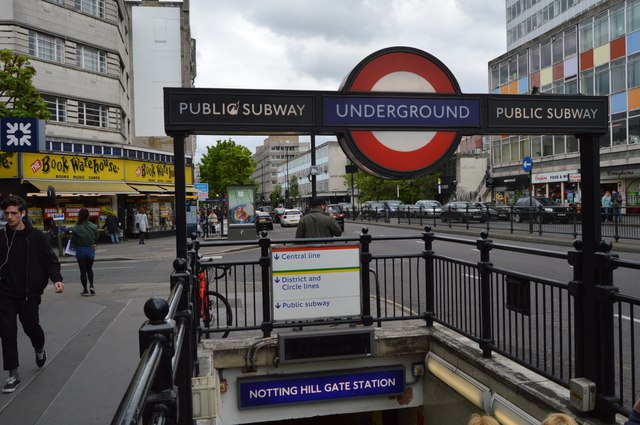 Notting Hill’s location just west of central London means it’s well connected to the rest of the capital. Notting Hill Gate and Holland Park are on the Central Line, while Ladbroke Grove and Westbourne Park are on the Hammersmith & City and Circle lines.

Notting Hill Gate falls under Zone 1 and the rest are in Zone 2. Several bus routes offer services into central London, Sloane Square, Victoria and Vauxhall. Drivers benefit from easy access to the M40, which has a direct route to Heathrow.

Restaurants and shops in Notting Hill

There’s a wealth of shops and restaurants to discover if you’re moving to Notting Hill, which is one of London’s trendiest areas. From upmarket boutiques to an eclectic mix of eateries, residents have no problem finding somewhere to shop or a place to grab a bite to eat.

Enjoy a modern take on typical Peruvian picanteria at Andina Picanteria, a casual daytime dining spot with a fun-filled menu of tasty snacks. There are plenty of dishes rich in flavour, including some of the best ceviches around.

Take your pick when it comes to shopping for the latest looks. Notting Hill is full of small boutiques from the likes of Paul Smith, The Kooples, Maje, 7 for All Mankind, Sandro and more. There are also independents, such as One of a Kind and Rellik.

A chicken shop with a twist, Cocotte is all about herb-marinated, whole-roasted chickens served on wooden boards. Pick from a selection of sauces and a side of mac-n-cheese and enjoy some seriously good chicken that you might even say is finger-lickin’-good.

Imagine a grungy New York diner; only it’s located right in the heart of Notting Hill. That’s what you get at Electric Diner, a restaurant that accompanies the famous Electric Cinema. The menu is filled with classic Americana dishes, and it’s the perfect pre or post-movie spot for something to eat.

If you’re moving to Notting Hill, make sure you shake a leg at the Notting Hill Carnival, browse Portobello Market or just stop for a moment and soak up the charm of the neighbourhood — before posting some seriously good images on Instagram.

It’s easy to see why Notting Hill is one of London’s most popular neighbourhoods. Whether you’re after cultural experiences or top-notch entertainment, the W10 and W11 postcodes feature a little bit of everything. And you don’t need to be Hugh Grant or Julia Roberts to enjoy everything on offer.