How long does it take to decide to buy a home?

Our latest research has looked at the time taken by UK home buyers when deciding to buy a home and how this has changed since the Brexit vote.

Prior to the vote in January 2016, we found the average UK home buyer took 53 minutes during the viewing process to decide if a house was the one for them, with the majority (53%) deciding after two viewings.

With current market conditions plagued by uncertainty as a Brexit deal is yet to be secured, our latest survey of 1,000 UK home buyers found that they are now taking 23% longer when viewing before committing to a sale.

UK home buyers are now taking 65 minutes before submitting an offer in order to buy a home, spending 27 minutes during each viewing and returning for an average of 2.4 viewings.

But where takes the longest and shortest amount of time across the UK to view before deciding to buy a home?

Northern Ireland is home to the longest time to buy at 78 minutes, followed by the North West (77 minutes) and East Anglia (70 minutes). Scotland is home to the shortest time and is the only region where buyers decide in less than an hour at 55 minutes. Despite London being worst hit by Brexit uncertainty a restriction in the number of homes available is still seeing viewers submit an offer in 62 minutes, the third fastest of all regions.

How many viewings would you make before submitting an offer?

While the majority, 56%, still take just two viewings before submitting an offer, 27% of those asked viewed 3 times, 8% returned for a fourth and just 1% needed more than four viewings. Surprisingly, 7% of those asked would submit an offer after just one viewing. 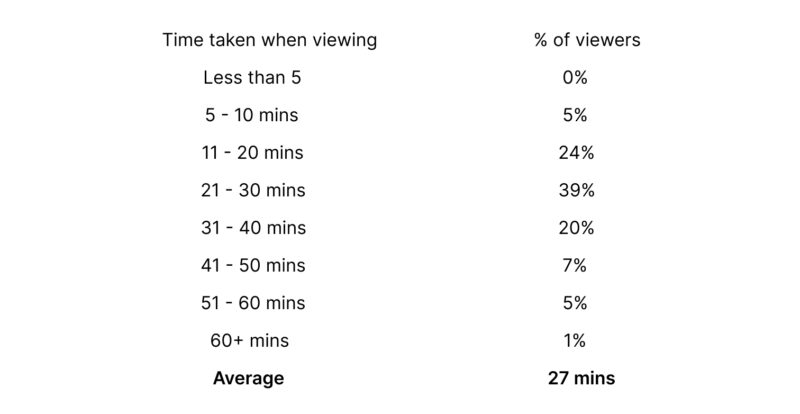 How much time would you spend when viewing a property? 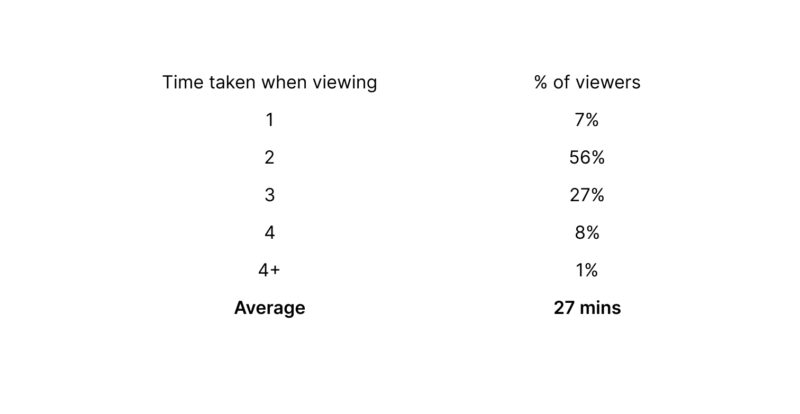