A Dark Past: Could you live in a home with a terrible history?

We all need somewhere to live, and as rent and sale prices continue to rise, we are all willing to put up with a few imperfections here and there for the sake of a safe roof over our head.

But could you live happily knowing someone had been murdered in your home?

Many properties in the UK are several decades – or even several hundred – years old. It stands to reason that if you are the latest in a long line of tenants or owners, your home may have borne witness to some unpleasant times.

But would you want to know about it? And if you did, would you turn down an otherwise lovely home, or expect it at a lower price?

Known as ‘stigmatized properties’ in the USA, the National Association of Realtors (NAR) considers a property stigmatised if it is ‘psychologically impacted by an event which occurred, or was suspected to have occurred on the property’. In real terms, this can include the death of an occupant, murder, suicide or even, surprisingly, haunting.

As with most things in America, the laws vary across states and are interpreted differently in various jurisdictions.

In the USA, stigmas vary from criminal (if the property was used as a brothel or base for drug dealers) to debt stigma (debt collectors may not be aware that the debtor has moved out – this is definitely something you’d want to be made aware of!).

However, there are much darker stigmas…

Murder and suicide is a big one that would bother a lot of people to discover about their potential new home. In many USA jurisdictions, the sellers are required to reveal this information by law, so that buyers can make an informed decision. However, in California, you only have to reveal this information if the event happened within the last three years, while in Florida and North Carolina the seller doesn’t have to tell you at all.

Public stigma is tied to infamy – in a time when the media is so pervasive and there is such a thirst for ‘true crime’, many cases catch the public imagination and hit the national, if not global, news. Films like The Amityville Horror are based on real homes and the house in this case would fall under this category. The home in Brentwood, LA, where O.J. Simpson’s wife Nicole was murdered, is still there and would also be considered publicly stigmatised – it is even a stop on a so-called ‘Morbid Tourism’ tour.

Finally, and perhaps most oddly, there is the phenomena stigma. This does not apply to all USA jurisdictions, but many do require sellers to let potential buyers know if a house is haunted.

It’s definitely a strange one, as there’s no way to prove this. However it’s considered an indicator of ‘possible air quality hazards’, like carbon monoxide. Personally, we feel that carbon monoxide issues are probably more likely an issue with your boiler than a visit from your Great Aunt Aggie, but each to their own!

How does the UK compare?

The UK, unsurprisingly, doesn’t have quite the same complexity of laws around stigmatised properties.

However, the Consumer Protection from Unfair Trading Regulations legally requires estate agents and sellers to disclose any information that could affect or decrease the value of the property. This does, unsurprisingly, include murder and suicide. There are no clear laws on haunting, so it appears this is up to the individual’s discretion.

For many, it’s a bridge too far to live with the knowledge that something dreadful happened in their home, so a lot of famously criminal homes have been demolished.

The West house, scene of at least twelve murders by Fred and Rose West from the 1960s to the 1980s, was demolished in 1996. The rubble was completely cleared and taken away, as authorities feared souvenir collectors.

The murder of schoolgirls Holly Wells and Jessica Chapman by school caretaker Ian Huntley was so horrifying to the local community, as well as the nation, that the house where they were killed was bulldozed two years after their deaths. 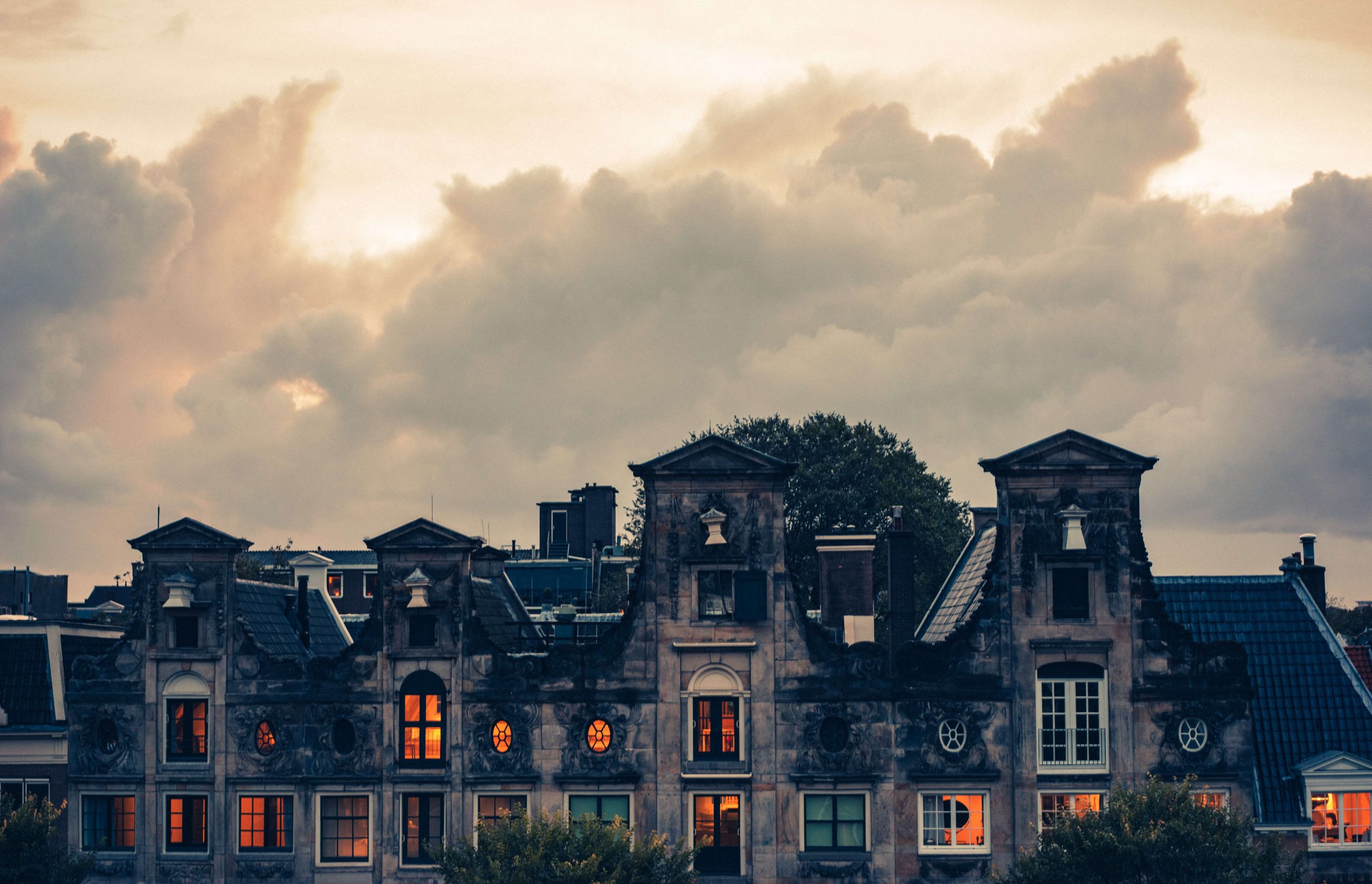 10 Rillington Place, scene of the crimes of John Christie, was originally renamed Runton Close, many years before the infamous crime scene would become a famous film. However, it was eventually demolished twenty years later to make way for a road.

Other crime scenes have remained standing. White House Farm, where Jeremy Bamber killed his family, is now the home of a classic car rental company, who provided cars for weddings.

Serial killer Denis Nilson, recently back in the public eye after a TV biopic aired on ITV, committed his crimes in two London flats. Both his first home in Cricklewood and Muswell Hill have sold numerous times over the years, the Cricklewood property hitting the market for £500,000 in 2017.

It’s likely that, because they were flats, it wasn’t as feasible to demolish them, so the flats themselves were renovated to remove as much of the association as possible.

Buyers were advised to make themselves aware of the properties’ history, but as the murders occurred so long ago that the homes are basically unrecognisable as the place in which they happened, buyers have been happy to purchase and make their home there.

As stated, there are no hard and fast laws about letting potential buyers or tenants know if your property is ‘haunted’, but in the UK, that seems to be more of a selling point than a deterrent!

We wanted to learn more about the UK’s attitudes and beliefs towards the supernatural and haunted houses, so we surveyed 2,000 UK adults and asked them some spooky questions.

Men have a significantly higher propensity to believe that the supernatural live in their homes, as men are twice as likely as women to say that they are confident that their house is haunted. Men are also much more likely to consider living in a potentially haunted property with 64% saying they would, compared to just 37% of women.

If we explore age groups, those aged 25 to 34 were most likely to say they believe they have seen a ghost, with 30% believing they have. Scary stuff!

Furthermore, the youngest age group, the 18-24’s, are most likely to say their house is haunted (42%) compared to 22% on average for all the age groups.

How honest should you be?

Agents have to disclose ‘fair’ information to buyers, which includes making ‘material information’ unambiguous. However, the word ‘fair’ is in itself open to interpretation. Is it ‘fair’ to keep a rumoured ‘haunting’ quiet, or should a buyer be told?

It seems there is something of an appetite for haunted properties in the UK or at least less concern about un-paying guests, so it probably won’t have any real impact on the bottom line when it comes to selling or renting your property.

Ultimately, there is an ethical element about what you and your agent consider ‘fair’, but with the internet at our fingertips, it’s not worth bending the rules to make a sale, so you really should be as open as possible with your agent and potential buyers or tenants!