For anyone considering a move to Holborn, there’s one crucial thing you should know; it’s pronounced Ho-burn, not Hol-born.

This buzzing, intellectual pocket of London is renowned for its association with the legal profession. It’s also a key commercial link between the West End and the City.

Over the years, Holborn has added ‘thriving residential area’ to its resume. This enclave of London is perfect for those looking for a never-ending list of places to visit and things to do, with practically the whole of London spilling out onto your doorstep.

Thinking of moving to Holborn? Then keep reading for everything you need to know. 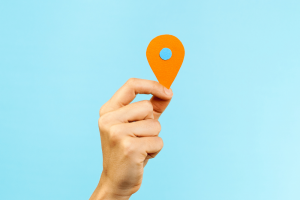 Holborn is situated in Zone 1, in the London Borough of Camden.

Often thought of as an extension of Oxford Street, Holborn has some pretty attractive neighbours. It sits to the south of Bloomsbury, to the east of the City, and to the north of Temple.

Holborn is around 15 minutes away from Charing Cross on public transport, covering the postcodes WC1, WC2 and EC1.

A brief history of Holborn

Holborn was first mentioned in a 959 AD charter as ‘Hole Bourne’.

The area’s original name was Old English for ‘hollow and brook’, after the modern River Fleet, which was directed underground in the Victorian era. Interestingly, the river can still be heard through grating in Clerkenwell, while the headwaters were directed into Hampstead Ponds.

In the Middle Ages, lots of impressive homes were built in Holborn, and the area became a popular suburb for the City. Holborn also became known as a legal area during this period as, at the time, no legal practice was allowed take place in the City of London.

Many barristers lived and worked in Holborn as it was the closest place outside the city limits to Westminster Hall. As a result, the Inns of Court were built in the area, including Lincoln’s Inn, Gray’s Inn and Inner Temple.

Holborn began to develop a reputation for entertainment in the 18th century, with music venues and theatres opening shows for the locals. Sadly, most of Holborn’s Victorian theatres no longer exist.

An in depth look at Holborn 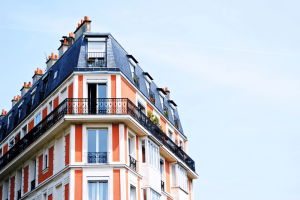 People are drawn to Holborn by the quick commute and the intellectual atmosphere, thanks to high-brow neighbours such as Bloomsbury.

The majority of Holborn residents include successful lawyers, financial professionals, international couples and, on occasion, an extremely successful professor from UCL.

Families tend to avoid the area, as the space needed to raise kids is scarce. Young professionals also tend to avoid Holborn for its steep price point.

Types of property in Holborn

Holborn offers a huge variety of property types to choose from thanks to its varied history, as well as a recent surge in residential construction projects.

Most of the properties in the area are new build apartment developments, Victorian mansion blocks, or apartments in former commercial buildings.

If you look hard enough, you may stumble upon some Victorian or Georgian townhouses and apartments, although these are pretty rare.

The average rent for a two-bedroom property in Holborn is £3,793 pcm.

Most central London locations are spoilt for choice when it comes to transport, but Holborn is especially blessed for its links across the capital.

Holborn Underground Station is on the Central and Piccadilly Lines, granting speedy access to the majority of West and East London, as well as the City.

Liverpool Street is just 7 minutes away. In the opposite direction, Shepherds Bush is a 14-minute journey. If you need the Northern Line, Tottenham Court Road station is only a short walk away.

Holborn also has several bus routes that run day and night, and Covent Garden, Bloomsbury and Soho are all within walking distance. 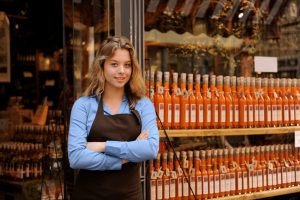 Like most central London locations, Holborn has a plethora of places to grab some grub, from light bites to slap-up dinners. There are also a great many shops on offer in the area.

If it’s Japanese food you’re craving, Abeno has your back. This lively Asian restaurant offers authentic Japanese cuisine and a light, enjoyable atmosphere. Thanks to a special hotplate fitted to each table, Abeno’s speciality okonomiyaki – savoury pancakes ­– are whipped up right in front of you.

If modern Spanish cooking is your jam, then Barrafina will satisfy all your tapas desires. It’s a popular location, so you may have to queue, but the food on offer is worth every minute. With a regularly changing menu, Barrafina promises expertly cooked food that will have you coming back for more.

Chicken Shop is a must-visit when in Holborn. Specialising in marinated rotisserie chicken, this laid-back joint serves stellar dishes alongside mood lighting and great music.

If it’s a good cup of coffee you’re after, Ludenwic is the place to go. Hip and minimalist, with splashes of colour emanating from the aesthetic displays of cakes and salads, Ludenwic is the perfect place for a spot of lunch. They’ve got coconut milk porridge for breakfast on-the-go, plus an impressive array of inventive sandwiches, toasties and other savoury snacks, all accompanied by lashings of coffee and seasonal cold-pressed juices.

If you’re into the gym, Runner’s Need is your go-to. Get kitted out with everything you could need, from a new pair of trainers to the latest yoga mat. All the staff are super friendly and happy to help with any queries.

On a social media detox, but still want to take some snaps? Camera City offers a wide range of vintage and second-hand cameras, alongside more modern accessories. You can also come and get your film developed here.

Holborn is absolutely packed full of culture; you’ll never be at a loss for things to keep you and your friends occupied. 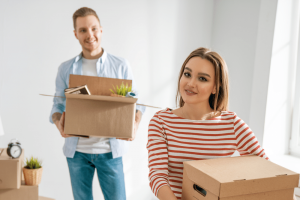 If you want a real London experience, with the city sitting right on your doorstep, then you won’t find a better option than Holborn.

With a great location and plenty to see and do, this little pocket of the capital is certainly an exciting place to call home.

If the delights of Holborn are sounding appealing, then it might be time to start your property search.