Crouch End is an area of London that combines a relaxed atmosphere with an artsy feel. It is a hotspot for good schools, nice cafes, shopping sprees and an evolving entertainment scene.

Protect your belongings with

Where is Crouch End?

Located precisely 4.6 miles north of central London and 5.1 miles from the City of London, Crouch End is in the Western half of the borough of Haringey and has the N8 postcode.

A brief history of Crouch End

The area was initially part of and governed by Hornsey, but as time past, it became its own parish in the 1300s. It was given the name “Crouch End” in 1593 and represented the junction of four essential roads for the area.

Prior to 1880, it was very rural, but soon became a sought after middle-class town, and was particularly attractive to wealthy London merchants who wanted to live in peace and quiet, further away from the city. With the development of the railway, seven different railway stations were created in the area, changing the entire neighbourhood.

By the end of the 19th century, Crouch End was a prosperous middle-class suburb thanks to its easy access to the centre of London.

An in-depth look at Crouch End

Crouch End is popular among old and young couples alike because of its good schools, safe atmosphere and generally family-friendly vibe. Moreover, it is a perfect place to live for workers commuting to central London, as it is still pretty close to the City.

Types of property in Crouch End 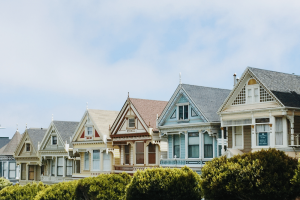 Victorian and Edwardian Houses in Crouch End have been mostly converted into flats, but the property scene also includes many new builds.

If you’re planning to move to Crouch End, you can expect to pay around £1,270 per month for a one-bedroom flat, while a two-bedroom flat usually costs approximately £1,500 per month. Three-bedroom flats and more typically enter the market from £2,400pcm.

Crouch Hill Overground station is on the Gospel Oak and Barking line. Moving around Crouch End is easy with the W7 bus that runs in and out of the area, between the city to Muswell Hill and Finsbury Park. Trains are also close at hand from nearby Hornsey, as well as Haringey, which go to Moorgate via Finsbury Park. 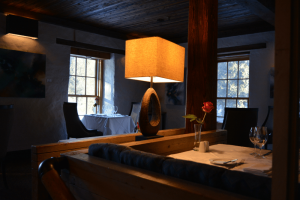 Tootoomoo restaurant manages to capture the feel of Crouch End with its quirky settings and friendly atmosphere. This pan Asian restaurant also offers a delicious bottomless brunch with a three-course pan Asian tasting menu and unlimited prosecco and draught beer.

The Three Compasses is a high street pub, restored with care and with great attention to details. They serve a wide selection of craft beers, real ale, including some American imports, all of which is accompanied by seasonal fresh food.

The Mall Wood Green is a large shopping centre and residential complex where you can get all you need. This centre offers more than one hundred shops under one roof, from worldwide known brands to local eateries and cafes.

Crouch End is particularly popular with young professionals and families thanks to its community-driven vibe and a good neighbourhood hospitality culture. If you are keen on a leafy area that still is a stone-throw away for the dynamic life of central London, it’s time to find a home in Crouch End.