Croeso i Gaerdydd! Whether you’re a young professional looking to jump-start your career, or a parent wanting great schools and plenty of space for your family, Cardiff is a city with so much to offer.

As the capital of Wales and the UK’s 11th largest city, it’s no surprise that Cardiff has a lot going on. As well as being a key centre for industry and commerce, Cardiff is home to many grand civic attractions and national monuments, including the Welsh Parliament.

But it’s not all business; Cardiff was once named the most sociable city in the UK, thanks to its lively restaurants and bars, as well as the huge number of attractions and events organised in the city.

Today, it’s also a thriving cultural hub for many of Wales’ most prominent arts, media and sports organisations.

Thinking of moving to Cardiff? Then you’re in luck; we’ve put together this handy guide with everything you’d ever need to know.

Cardiff is the capital city of Wales, located on the west coast of the country.

It’s about 150 miles west of London, sitting on the Bristol Channel at the mouth of the River Taff.

A brief history of Cardiff

Cardiff’s history dates back all the way to 75AD, when the Romans built a fort on the site of Cardiff Castle.

After the Romans left, the city experienced a period without any occupation, followed by the arrival of the Normans.

By 1093 Cardiff, or Caer Tâf, was slowly developing into a bustling town, thanks to Robert Fitzhamon’s newly built castle. However, Cardiff struggled to prosper for centuries; it only had a population of 1000 people in 1801.

Cardiff’s ports were very important for trading, but it was the northern Welsh iron and coal mining industry that really propelled the city into success.

By 1840, Cardiff had a new canal to receive iron shipments from northern Wales, as well as the new Taff Vale Railway. The population grew astonishingly quickly during this period of prosperity, reaching 170,000 before 1900.

In 1955, Wales chose Cardiff as the country’s first capital city.

An I n-depth look at Cardiff

As with any major city, you’ll find people from all walks of life and from all over the globe in Cardiff.

The city has four universities that bring a large number of students to the area: Cardiff University, Cardiff Metropolitan University, the University of South Wales and the Royal Welsh College of Music and Drama.

Cardiff is a popular destination for international students. On top of this, it’s been home to many people seeking a new life after wars or politically tense situations in their home countries.

A Barclays study found that Cardiff was the seventh most affluent city in the UK, thanks to its higher than average annual pay and business success rates, as well as the percentage of people giving to charity. It’s safe to say many Cardiff locals enjoy a high quality of living in their city.

Types of property in Cardiff 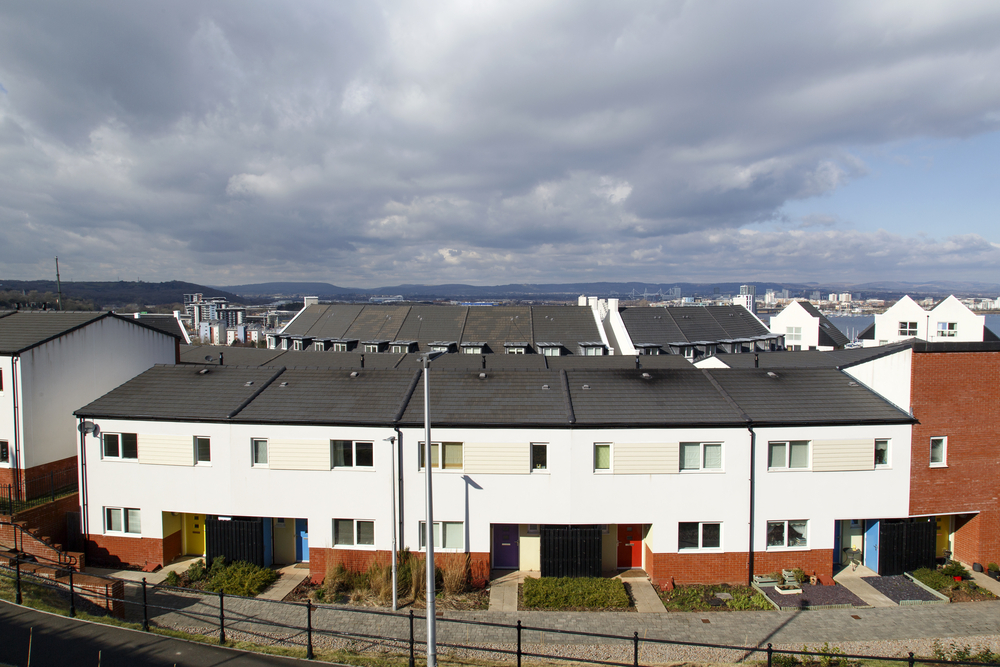 With many major development projects transforming Cardiff in recent years, you’ll find plenty of new-build homes around the city, especially at waterfront locations like Cardiff Bay.

Cardiff also has its fair share of Edwardian and Victorian properties in affluent areas like Cyncoed, Lisvane and Penylan. Families tend to settle down in these neighbourhoods, benefitting from the spacious surroundings and top local schools.

Prices for rental properties in Cardiff are very reasonable, with enough variety to meet everyone’s needs.

For prospective buyers, the average price paid for a house in Cardiff is around £250,000. 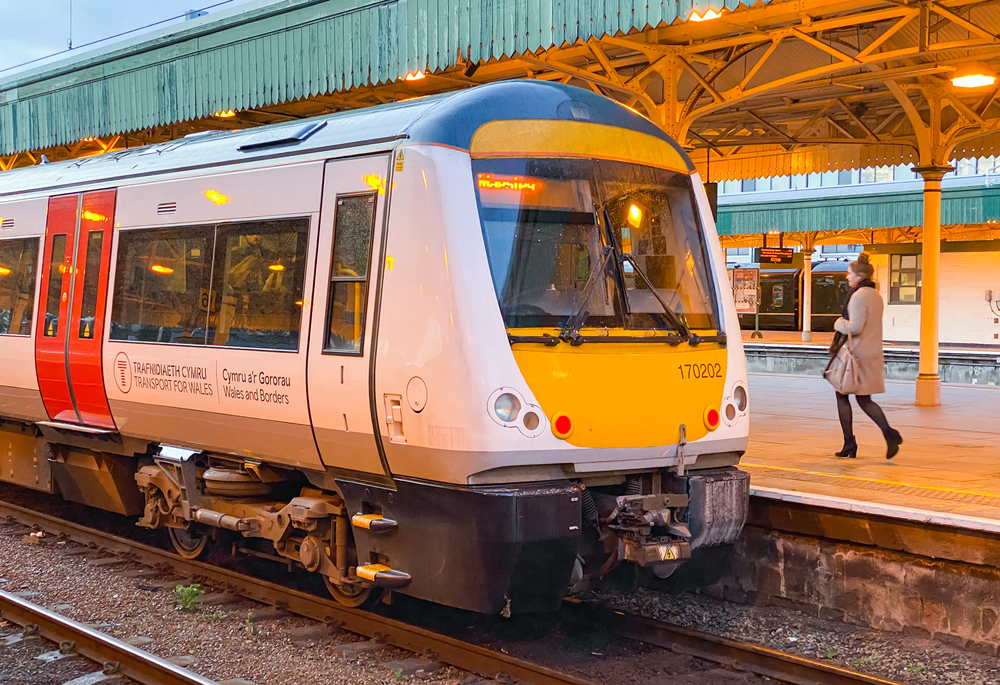 Getting around Cardiff is very easy, thanks to the 64 bus routes and 20 rail stations dotted around the city.

If you’re travelling by car, the M4 motorway is in close proximity to Cardiff, granting easy access to England and the rest of Wales.

Cardiff’s food scene is as diverse as its people, from fine-dining establishments to family-run cafes and wacky pop-up shops. For shopaholics, Cardiff has a great range of shops on offer, including historical markets, glistening shopping centres and independent arcades.

The Clink is a charity organisation that enables prisoners to learn skills in the restaurant and hospitality sector as a form of rehabilitation. They are incredibly successful, with minimal re-offending rates, serving the people of Cardiff beautiful food from the prison farms and gardens.

Greazy Vegan is a must-visit for anyone who’s committed to ethical eating. Their menu is all 100% plant based, including kebabs, hot-dogs, fried ‘chicken’, mac and ‘cheese’ and milkshakes – it’s the perfect way to be a little devilish while making a smart choice for the planet.

It may surprise you to find authentic New York-style bagels, hoagies and sandwiches in the heart of Cardiff, but this place is the real deal. Come to New York Deli for a perfect lunch piled high with salt beef, pastrami, or lox – they even have vegan options.

Make your way to The Plan for a great cup of coffee or a delicious light lunch. This welcoming artisan café in Cardiff’s historic Morgan Arcade is a popular hangout for many Cardiff locals, thanks to its tasty menu and aesthetic surroundings. It was even voted as one of the 50 best coffee shops in the UK.

Located right in the centre of Cardiff, the Queens Arcade offers a mix of high-street stores as well as small businesses and independent shops. 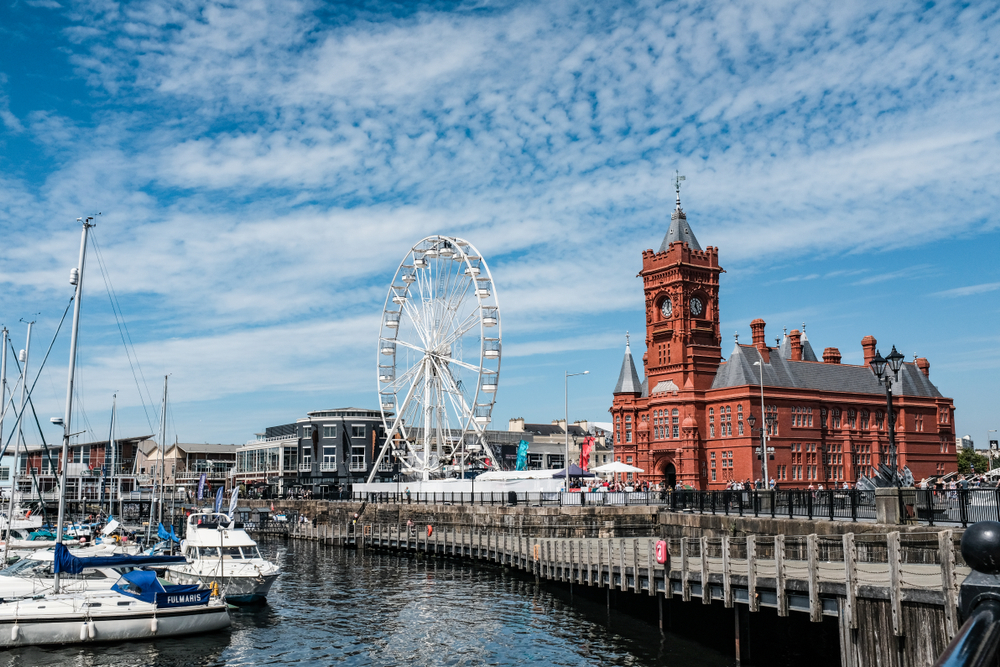 There will always be too much to see and do in a city so full to the brim with history, waterfront views and excellent green spaces, but we’ve rounded up the top places you have to check out.

Don’t like getting bored? Then come to Cardiff and let the city entertain you.

If Cardiff sounds like the ideal location for your next home, then it might be time to start your property search.