Liverpool is home to the unique scouse accent, hugely successful Premier League football teams and most well known for a group of four gentlemen named Paul, Ringo, John and George.

Where is Liverpool City Centre?

Liverpool is in the North-West of England, located in the metropolitan borough of Merseyside within the historic county of Lancashire. On the west, it is bordered by the River Mersey before the river meets the Irish Sea. Postcodes L1, L2 and L3 make up the city centre, and you’ll find Liverpool’s most famous landmarks here. 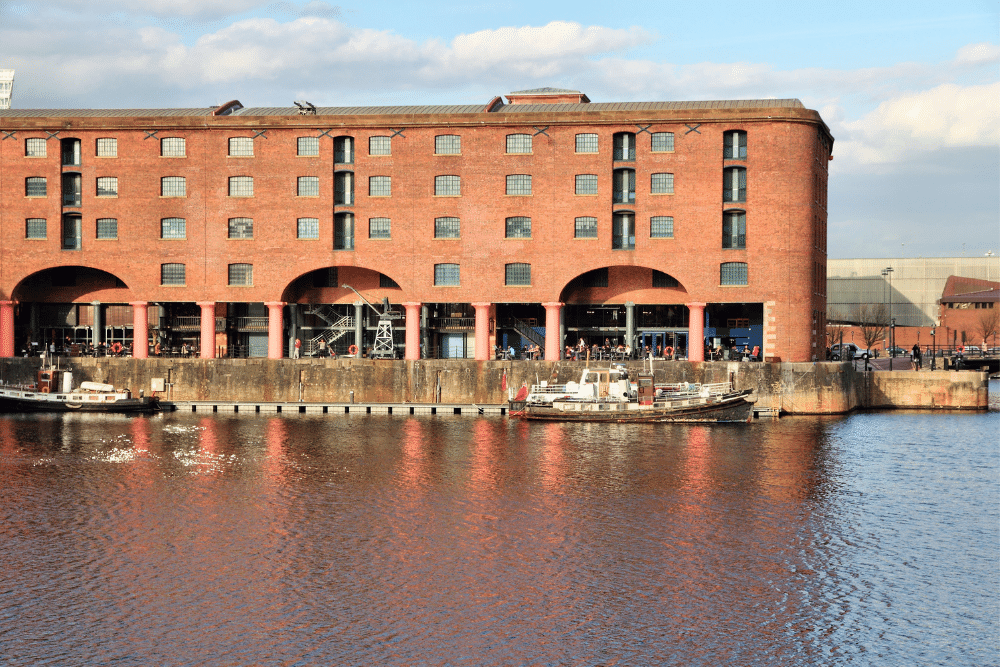 Liverpool had a humble beginning as far as major cities go, known simply as Liuerpul or ‘a pool with muddy water’ in about 1190, and throughout time transformed into what it is today. Liverpool’s origins date back to 1207, with Liverpool Castle being completed in 1235 when only seven streets made up the entirety of the area. Not much growth occurred until the 18th century, which was when the first-ever commercial wet dock was completed. This dock held up to 100 ships and propelled the city into its status as a major port, as well as introducing it into the world of transatlantic trade.

Liverpool has had its ups and downs, with a most unfortunate low-point hitting the city after the Second World War’s devastating impact. Manufacturing declined, and industries struggled for a couple of decades, but out of this darkness emerged Liverpool’s most famous gift to the world – The Beatles! Thanks to the band’s global reach, Liverpool received a much-welcomed breath of fresh air and has since become a hugely important centre of culture for the north of England.

In 2004, Liverpool became a UNESCO World Heritage city, and in 2008 it was awarded the title of European Capital of Culture thanks to the Paradise Street Project, which saw £920m worth of development creating incredible growth for the city. Today, the city is also known for its universities and Premier League football clubs Everton and Liverpool FC.

Liverpool’s four universities welcome academics into areas like Hope Quarter and Rope Walks where other artists and creatives join them in the city’s up and coming art scene. The proximity of the philharmonic and other theatres in this area, combined with warehouse conversions and modern developments, make this area particularly sought after by affluent designers and architects. You’ll also find many professionals in the prestigious Docks, and the Business District offers a quieter, more residential neighbourhood for older professionals.

Liverpool’s centre is known for its impressive architecture, with over 2,500 listed buildings, and a particularly cherished collection of Georgian terraced houses at the centre’s edge. In terms of residential properties, the city centre has a mix of flats, terraced, as well as detached or semi-detached housing. In short, you’re spoilt for choice!

With so many universities in or near the centre, student accommodation takes up a lot of the property market. However, there are still many more properties suitable for a range of budgets. The average price paid for a home in the centre is about £151,444, but depending on the area of town you’re in, three-bedroom houses can sell for about £100,000.

Rent prices also vary depending on location and additional amenities. A quick look online will show you that studios and one-bed flats go for about £550 – £750 per month, with a few luxury properties tipping over £1,000 per month. Two-beds start around £650 and go up to £1,600, and three-bedroom properties start at £800 and can go all the way up to £2,500 per month. 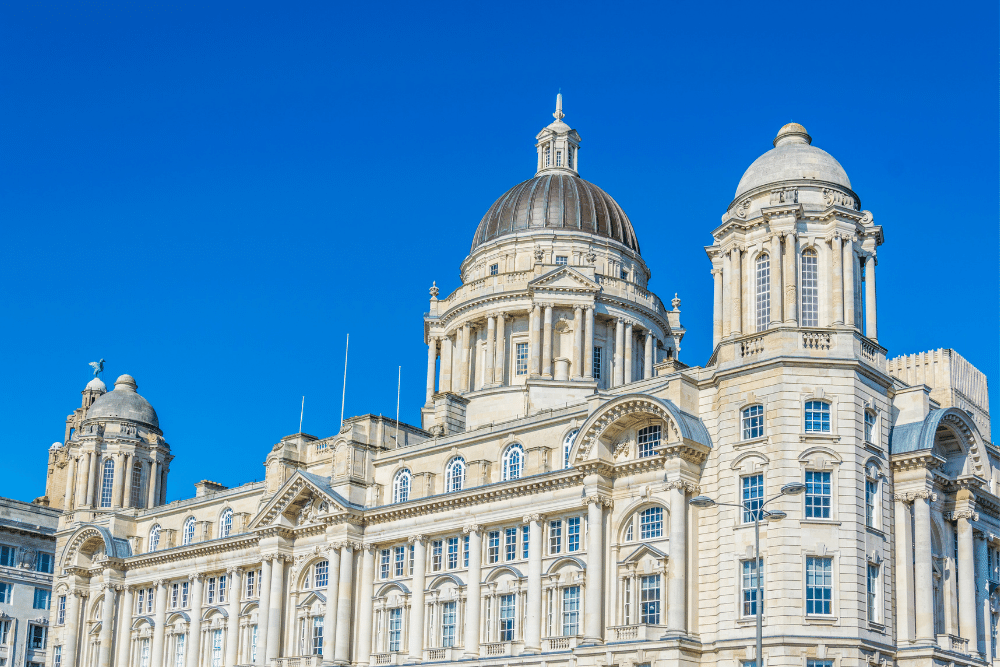 Liverpool Lime Street railway station is a significant hub for cross-country travel. For inner-city transport, Merseyrail trains frequently run in four city-centre underground stations: Lime Street lower level, Liverpool Central, Moorfield and James Street. There are also plenty of bus services, a ferry and, on top of this, the city is very friendly to cyclists.

As an ode to Liverpool’s Chinatown, we have to mention one of the best Chinese restaurants in the city. Enjoy unique Pan-Asian cuisine served on tapas-style small plates paired with experimental cocktails.

If the idea of tucking into Amuse Bouche with a view of the city’s skyline sounds like your idea of the perfect date, make your way to one of Liverpool’s most well-loved restaurants. After all, who doesn’t love dinner with a view?

Masterchef winner Anton Piotrowski serves exquisitely presented British produce in this fine-dining establishment. For the full experience, go all out and opt for the tasting menu.

The largest outdoor shopping centre in Europe, and the child of Liverpool’s hugely successful Paradise Project, LiverpoolOne is a must-see. Each store was designed in a different style, often by different architects, setting this shopping centre apart from many others and creating a new experience in itself.

Liverpool’s city centre is home to over four hundred shops, including five shopping centres and two department stores. If you’ve had your fair share of shopping, drop your bags off at home and head into one of the many museums and beautiful, listed buildings around the centre. 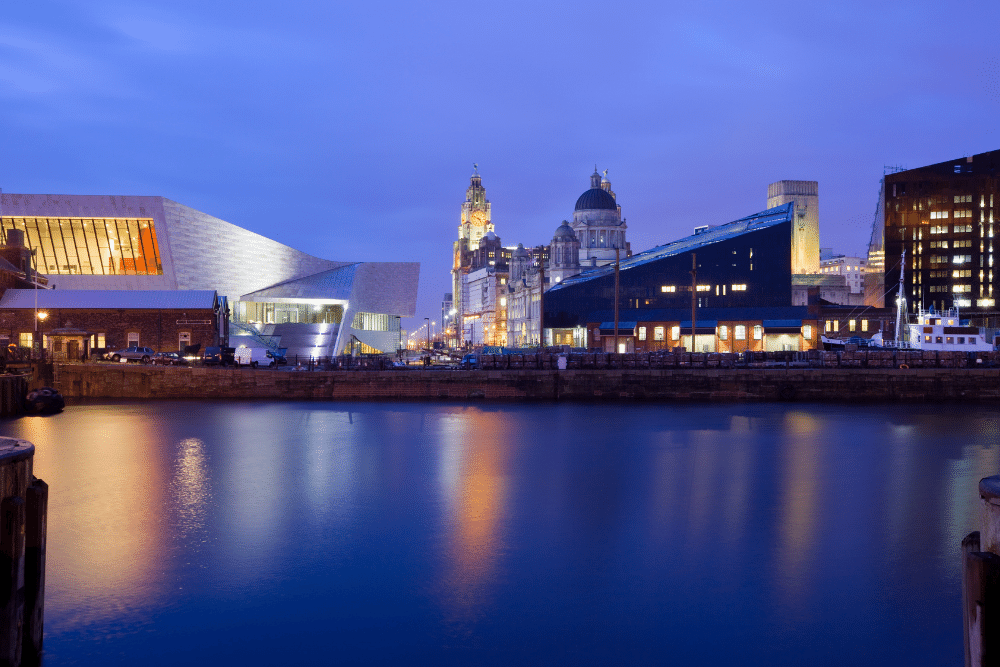 Liverpool is a commercial hub in the north of England, so there is always something new going on. Come to the city for affordable rents and stay for the incredible offering of culture on your doorstep. You’ll consider yourself a Liverpudlian before you know it!