Renowned for its spectacular coastline and beautiful beaches, Devon is a major English tourist destination and boasts one of the sunniest climates in the country.

The attractive Devonshire lifestyle, along with new industries and job opportunities, is drawing many people to move there from other parts of England.

It’s a charming place, full of surprising hidden corners and bags of seaside appeal; it was even home to Agatha Christie, making Devon a great location for any fiction fans seeking inspiration.

If you’re thinking of moving to Devon, we’ve put together this handy guide to give you the lowdown on the local area.

Devon is a county in south west England, neighboured by Cornwall, Somerset and Dorset. Its county town is Exeter, and other bigger cities include Plymouth and Torbay.

A brief history of Devon

Devon derives its name from Dumnonia, and was the land of the Dumnonii Brittonic Celts, who lived there until the Roman conquest of Britain. Kents Cavern in Torquay has human remains from 30 to 40 thousand years ago.

In the later Middle Ages, Devon hosted a number of anticlerical movements, such as the Order of Brothelyngham, a fake monastic order in 1348.

Devon was the ground on which many battles were fought after the Norman invasion, such as the Wars of the Roses, Perkin Warbeck’s rising in 1497, the Prayer Book Rebellion of 1549, and the English Civil War. The Glorious Revolution, launched by Willian of Orange, started at Brixham.

Since the rise of seaside resorts and the arrival of the railway in the 19th century, Devon’s economy has relied on tourism as its major industry. 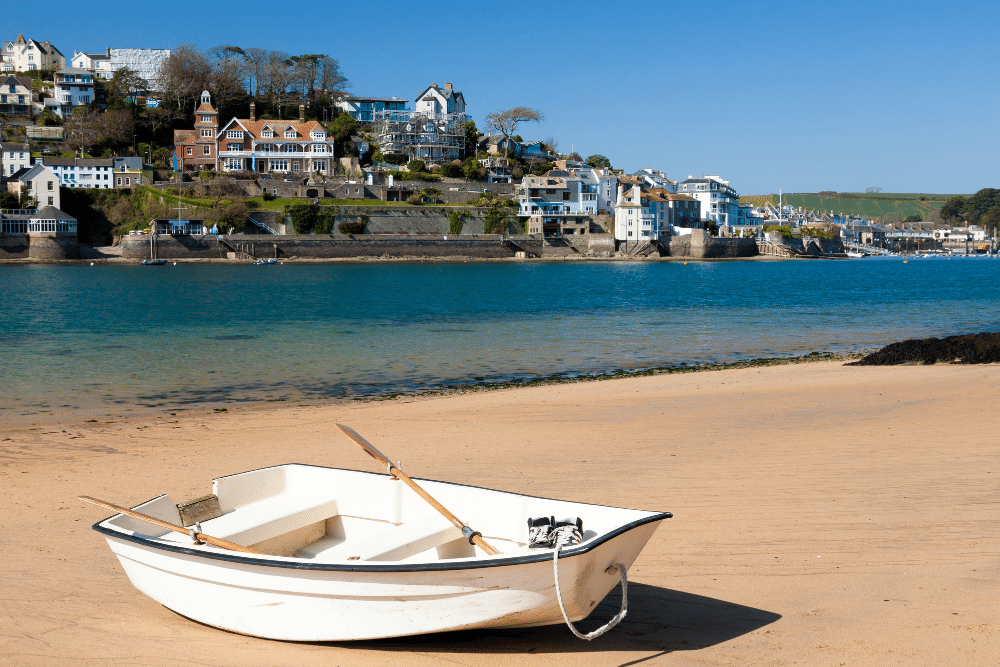 An in-depth look at Devon

The county has a low population density and its inhabitants are mostly retired people from England and the rest of the world, although many younger workers are now moving to Devon for its new industries and jobs.

Types of property in Devon

The property scene in Devon is very diverse; you’ll be able to find most types of properties, from flats to terraced houses and more.

Properties with three or more bedrooms can enter the market from £800 and reach up to £1,500 per month.

The major train operator in Devon is Great Western Railway, which has services from London Paddington to south Plymouth.

There are also Cross Country or South Western Railway services that connect areas in Devon with Exeter, London, Glasgow and Edinburgh.

Exeter airport is the only airport in Devon and flies inside and outside of the UK, to locations including Italy, France, Spain and Portugal. 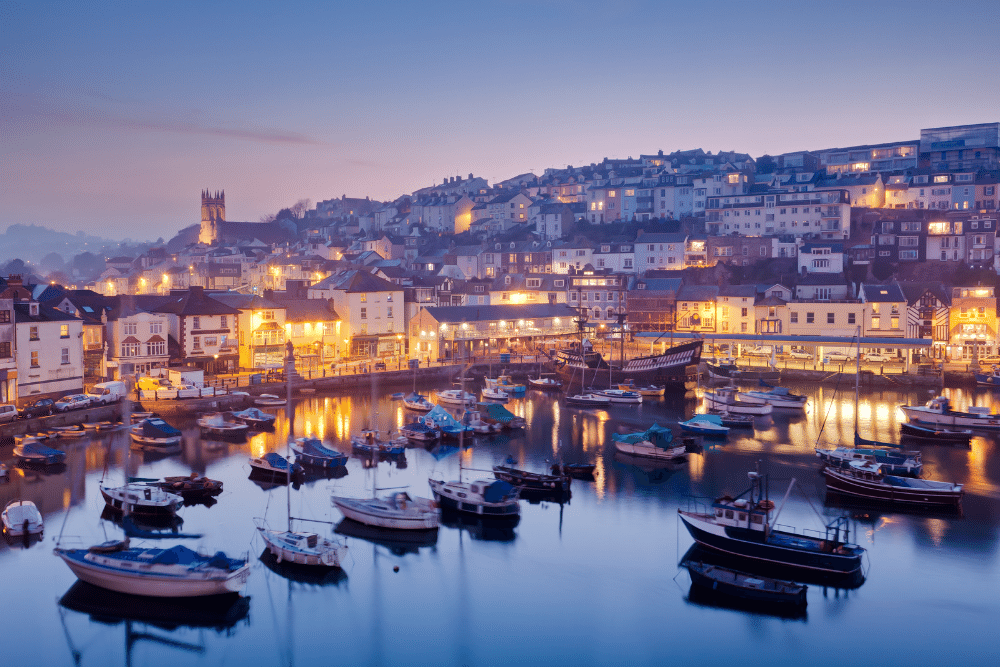 The county has given its name to a number of culinary specialties; most notably, this includes the Devonshire cream tea, with scones, jam and clotted cream.

Moreover, Devon has been awarded the Fairtrade status since 2008 and is particularly known for its freshly produced fruits and vegetables, along with quality meat and fish.

The Pilchard Inn is one of the oldest pubs in the country, dating back to 1336. Its patrons were once local fishermen. Today, the inn is famous for its delicious fish and chips. Located in Burgh Island, it still has its original interiors; try out their quality pub food and selection of beers and wine.

The Gallery is a charming seafood restaurant in Topsham, on the estuary of the River Exe. It’s a family-run restaurant that serves the best of Devon’s fresh fish and seafood, with plenty of vegetarian options to boot.

Saveur is a fine dining restaurant, situated in a quiet pedestrian street in the seaside town of Exmouth. Saveur Restaurant serves a blend of modern European cuisine, made with fresh Devonshire ingredients.

Affinity is north Devon’s outlet shopping village, with over thirty stores and brands including GAP, Nike and Clarks. For a mid-shopping refuel, Affinity has a range of food and drink venues, such as The Cornish Bakery (make sure to check out their award-winning selection handmade Cornish pasties), Starbucks and Fayre.

The Shops at Dartington

Based in Totnes, The Shops is a great location for all the family, with 15 shops and restaurants selling crafts, glassware, food, fashion, toys and more. They also offer a range of outdoor activities, such as kayaking, archery lessons and a zip line experience.

As its name suggests, this company is home to “proper”, multi-award-winning marmalades made in the traditional way, as well as “improper” conserves eaten with meat, fish and cheese. They even sell marmalade ice cream. All the marmalades at The Proper Marmalade Company are 100% handmade, using local fresh fruit.

Winner of 2012’s MasterChef, head chef Anton Piotrowsk serves delicious food at the Treby Arms pub and restaurant. The Treby Arms won a Michelin Star and boasts a warm and welcoming atmosphere. You’ll have a choice of traditional British pub food and more refined contemporary cuisine, depending on what you fancy. 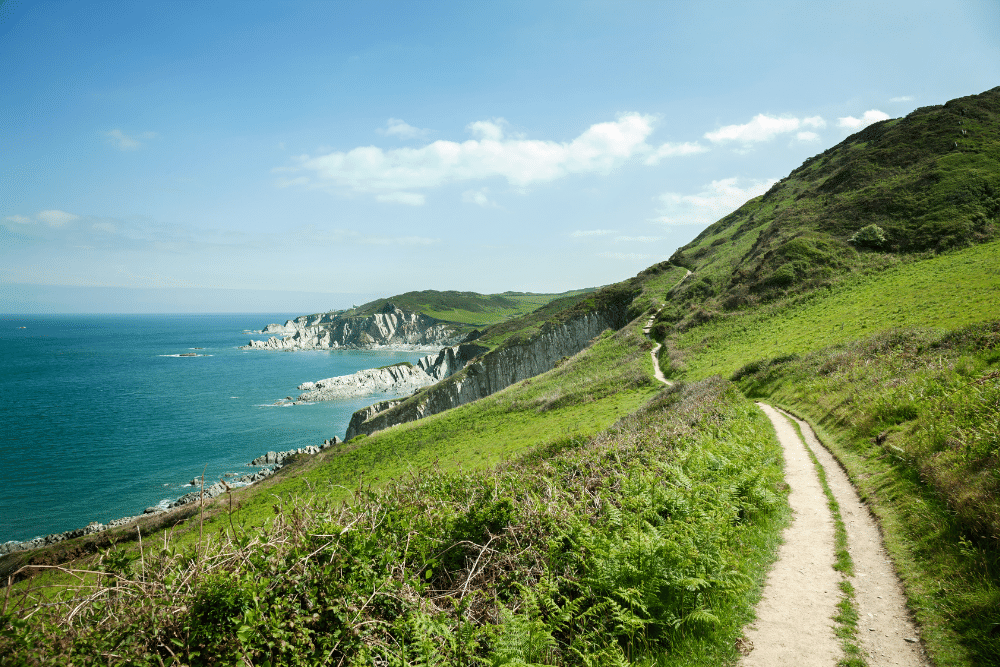 This county has a lot to offer its residents. Devon’s wild landscapes and open spaces are a nature-lover’s dream, while its towns and cities offer the warmth of a friendly local community; you’ll always find plenty to see and do in Devon.

With fantastic seaside views, all-year-round beaches and a great food scene, Devon is a special and unique place to live.

If you’re looking for a sunny atmosphere and a great quality of life, then it’s time to find a home in Devon.