Why selling a leasehold home could prove difficult  

If you were considering buying a leasehold home, you might want to think again. And if you’re looking to sell one, you could find it much trickier to offload than you might previously have envisaged.

A damning report into the leasehold sector was recently released by NAEA Propertymark, which found that nearly all buyers of new build houses who bought a leasehold regret doing so, while the vast majority said they wouldn’t purchase another leasehold property in the future.

The report also revealed that thousands of new build owners have stuck in an awful catch 22 situation – in houses they cannot afford to continue living in and are unable to sell.

A lack of awareness

The study spoke to more than 1,100 owners of leasehold properties and showed that nearly half weren’t aware they were only buying the lease until it was too late. Worryingly, nearly 60% of those surveyed said they didn’t understand what being a leaseholder meant until they had bought the home.

What’s more, 48% said they were ignorant of escalating ground rents when they purchased their new build property, while 62% said they felt like they’d been mis-sold a home on false grounds.

Most new build owners (78%) purchased their leasehold homes directly from a developer specialising in new builds, with some 65% utilizing the services of the solicitor recommended to them by their house builder. Over one in ten said a professional did not inform them they were buying a leasehold rather than a freehold, with these owners having to read the contract themselves to find out. 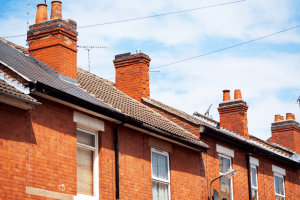 Freehold and leasehold – what’s the difference?

With a freehold property, you own the building and the land it stands on outright, forever. It means you won’t have to pay ground rent or service charges or seek permission to make changes to your property. You are, though, responsible for all maintenance of the building, including the roof and the outside walls.

A leasehold home, on the other hand, means that you only own the lease from the freeholder (or landlord) for a fixed period of time – typically 99 years or 120 years. Long leases of, say, 999 years have been known, but a lease could also be as short as 40 years.

As a leaseholder, you have to pay an annual ground rent, annual service charges, your share of the buildings insurance and maintenance fees. You may also face other restrictions – such as not being able to sublet or own pets – and will have to secure permission for any major works being carried out on your property.

With a leasehold, it’s typically your freeholder who bears responsibility for the maintenance of common parts of the building, such as the exterior walls and roof, entrance hall and staircase.

Most houses are usually freehold, while flats and apartments – which often include communal areas or gardens – tend to be leasehold. Increasingly, though, there has been a trend for leasehold houses, especially when it comes to new build homes.

While rising ground rents are a major bugbear for leasehold owners, another major issue for leaseholders is needing to seek permission from the freeholder to make changes to the property. The findings revealed that new build leasehold owners must shell out an average of £1,422 to install double glazing, £887 to change kitchen units and £689 to replace flooring.

Not owning the freehold – and facing issues such as ever-increasing ground rents and asking for permission to make cosmetic changes to a property – makes it difficult for leaseholders to sell in the future. Some 31% of those polled, in fact, said they are struggling to find a buyer because they own a leasehold home.

In some cases, buyers are actively put off as soon as they hear mention of the word leasehold. According to a quarter of those looking to sell, as soon as buyers find out that the property is being sold as leasehold their interest dissipates.

As a solution to this problem, leasehold owners said they would like the opportunity to purchase their freehold at a fair rate. Alternatively, they want to see legislation introduced which ensures all existing leaseholds are rendered null and void. Those surveyed also called for an investigation into unreasonable or unlawful leasehold sales.

What action is being taken?

The government previously announced plans to tackle ‘unfair and abusive’ practices within the leasehold system, including measures to ban leaseholds for most new build homes, set ground rents on new long lease property at zero and make it cheaper and easier for existing leaseholders to buy the freehold on their home.

These proposals followed a government consultation in 2017 calling for views on tackling unfair practices in the leasehold market, which received more than 6,000 replies.

Despite the strong talk from the government on this matter, there is currently no timetable for when specific measures will be implemented. It says it is still working on initiatives to crack down on unfair leasehold practices, but we’re still no clearer on when these measures will come into play.

The plans were announced in December 2017 by then-Housing Secretary Sajid Javid, but we’ve heard little from the government – or his successor James Brokenshire – since.

For now, then, sellers may still face difficulties when seeking to offload a leasehold home, while buyers may continue to be deterred.

As ever, though, you give yourself a better chance of selling if you can offer a clean, well-maintained, homely abode. What’s more, it needs to receive plenty of online exposure so lots of buyers can view it.