Brexlet: Can we learn anything about renting from our European neighbours?

Long before we left the European Union, the UK stood apart. Not just in our love of milky tea over frothy cappuccinos, or our short lunches over sun-drenched siestas, the way we rent has long separated us from our European cousins.

We are a country obsessed with home ownership. Barely a week goes by without there being some headline about the increase in prices and what that means for getting on the property ladder. But while Brits scrimp and save for their first home, Europeans take a typically relaxed approach to the problem of home ownership.

Most European countries have a much more positive rental culture than the UK, stemming first of all from much cheaper rentals. In 2019, the average monthly rent per square metre in Vienna was €9.40, while in London it was triple that at €28.20per square metre.

Germans are among the least likely to own property, with less than half of German households owning their own homes, thanks to strong tenant biased laws and lower rents. Thanks to free education, many people don’t start their careers until much later in life – so they put off home ownership longer.

While Londoners fork out almost half of their monthly income on rent, for Berliners, it’s a little under a quarter. This allows Germans to save and spend much more generously than Brits.

German renters are also protected by law when it comes to rent increases as landlords are restricted in how much they can raise the rent. Renters therefore stay in their rentals a lot longer, living in one place on average about a decade, compared to the UK, where it’s just under two years.

Many Germans rent while they climb the career ladder, raise their children and then invest in their own homes once their children have moved out, using their state pension to make the monthly payments.

The opposite is true almost across the board in the UK. Education is expensive, so people go into work earlier and have to pay back their loans over the course of decades. Monthly mortgage repayments tend to be lower per month than rent, so it’s more cost effective to get on the ladder as soon as possible – preferably before starting a family, so outgoings are reduced. 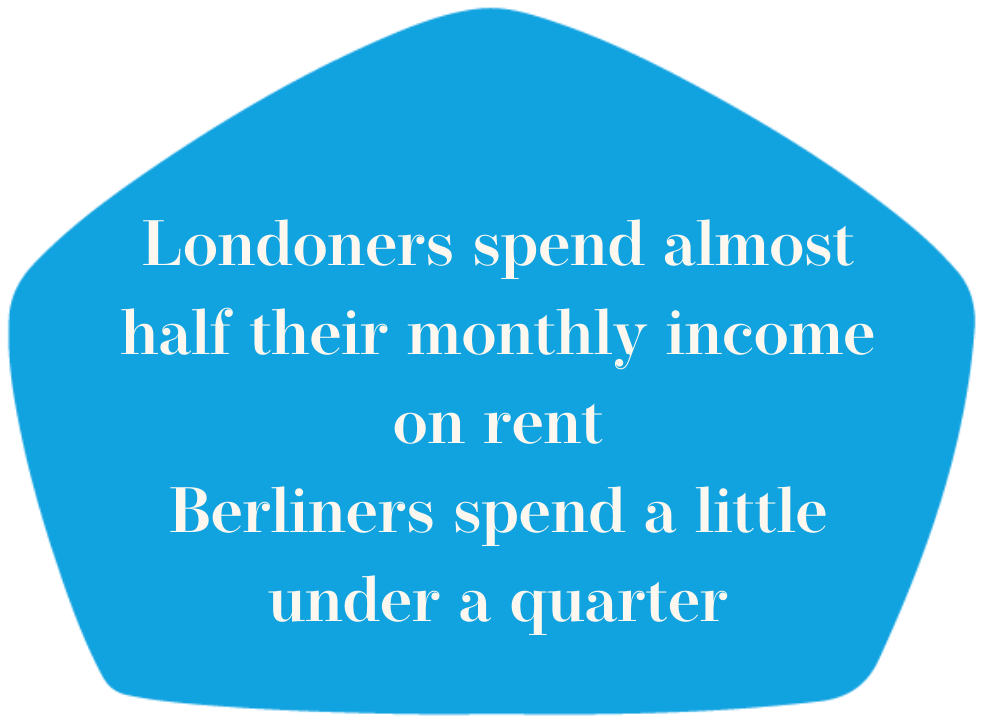 While the UK has left the Union, they are our nearest neighbours and it makes sense that tenants look to Europe to see if there are lessons to be learned.

But it’s not just tenants who want to learn from Europe, the Institute of Public Research Policy in 2017 compared UK and German rental culture.

Tenants would no doubt welcome the recommendations made:

Finding the balance between supporting landlords and protecting tenants is a tricky business, but could this prove a fairer system for all? 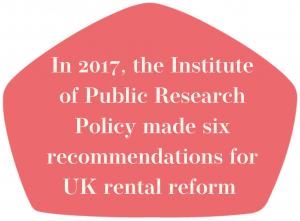 Longer tenancies would make life easier for landlords, who wouldn’t have to find new tenants every year or two and if an insurance deal could be struck, tenants wouldn’t have to scrape together a deposit, while landlord’s would still be protected.

At the moment, we’re looking at the soon-to-be scrapped Section 21, while Section 8 is to be reformed to protect tenants. This has left many landlords in despair, feeling that they are being left without any support at all. On the other hand, tenants are furious at the amount they spend on rent, feeling themselves at the mercy of landlords, who own property, while tenants struggle to scrape together a deposit.

Perhaps, before there is sweeping European inspired reform of the UK rental system, tenants and landlords should be consulted on a structure that benefits and protects both parties.