West Brompton is a quiet residential retreat for families and older couples looking for respite from busy central London.

The quaint streets of this upmarket neighbourhood are lined with plenty of shops and restaurants, as well as good schools and green spaces.

The area is popular with renters, thanks to its affluent atmosphere and peaceful vibe, alongside trendy neighbouring districts and close proximity to the city centre.

Thinking of moving to West Brompton? Then read on for everything you need to know.

Where is West Brompton?

West Brompton is a suburb in southwest London, wedged between the London borough of Hammersmith and Fulham and the Royal Borough of Kensington and Chelsea.

It’s nestled into a popular area, with close neighbours like Hammersmith, Fulham and Chelsea and Kensington.

A brief history of West Brompton

West Brompton was a quiet agricultural area made up of farmland, fields, market gardens and a smattering of larger houses until the rapid urbanisation of the later 19th century.

From the start of the 19th century, West Brompton experienced some key developments in its architecture and infrastructure, including a new road, canal and bridge. The canal was later filled in in favour of a railway line; West Brompton station opened in 1865. 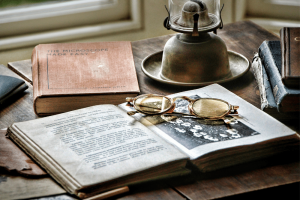 West Brompton’s most famous landmark is of course the Brompton Cemetery. There’s a bit more to it than your average graveyard; it’s actually listed as a Royal Park. The cemetery opened in 1840 and has since been the resting place for notable artists, actors, scientists, and sportspeople, including famous physicist Dr. John Snow, Princess Victoria Gouramma and revered composer Alfred Mellon.

West Brompton has been a crucial centre for sports and entertainment, with a successful 19th century football team, cricket team and athletics clubs, as well as Earl’s Court Exhibition centre and fairgrounds. The Pre-Raphaelite artist and designer Edward Burne-Jones lived in the area.

It’s also been a significant location for the women’s suffrage movement; Emmeline Pankhurst held one of her important rallies in nearby Empress Hall.

An in-depth look at West Brompton

People looking for a calm and quiet lifestyle tend to settle down in village-like West Brompton.

There aren’t many clubs or late-night music venues, and only a handful of pubs, so many of the residents are older couples or families looking to benefit from the area’s great schools.

The area is popular with renters; 74% of West Brompton’s population choose to rent rather than buy their homes.

Types of property in West Brompton 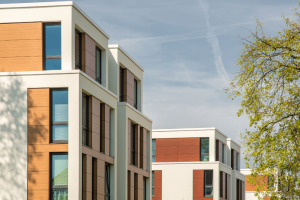 West Brompton is mostly residential; the majority of its properties are smaller houses and flats.

The Kensington and Chelsea area is famous for beautiful (albeit expensive) housing, and West Brompton is no exception. Renting here costs an average of £585 per week, which works out to be about £2,535 per month.

You’re likely to see studios and one-bedroom flats starting at £1,300 per month, going up to £3,000 per month in some cases. Two-bedroom properties sit at around £2,000 per month, with an extra bedroom boosting the price upwards of £2,500 per month.

Alongside the excellent city-wide connections of its nearby neighbours, West Brompton’s main transport hub is West Brompton Station, where you can get on the London Underground and Overground, as well as National Rail Services.

The station is on the District line, and has Overground services to Willesden and Clapham Junction, as well as Southern Railway services to Milton Keynes Central and East Croydon.
Fulham station is on the border of West Brompton and Fulham, so lots of other transport options are just a short stroll away.

Around since 1954, and still as popular as ever, the Troubadour has been graced with performances by Joni Mitchell, Bob Dylan and even Jimi Hendrix in the 1960s. Sip on your coffee and breathe in the bohemian musical history.

If you’re tired of the same vegan offerings in every restaurant, then head to 222 where Executive Chef Ben Asamani will treat you to a quality vegan feast. With innovative dishes like oyster mushroom raceltte and seitan stroganoff, he’s sure to please even the strictest carnivores.

The Harwood Arms is the only pub in London with a Michelin star. Their food philosophy centres around serving the best of the best in British produce, focusing on wild food and game. Start off with a venison scotch egg, move onto the crispy pig’s head or roast monkfish and finish with some very British Earl Grey ice cream.

West Brompton Crossing is a truly wonderful collection of independent restaurants, shops, pop-ups and event spaces. This is where the West Brompton community gets together and supports each other’s local businesses.

For the perfect cup of coffee, make sure to visit Over Under. This teeny tiny coffee shop is a much-loved local hangout, with a trendy interior and a great grab and go menu. 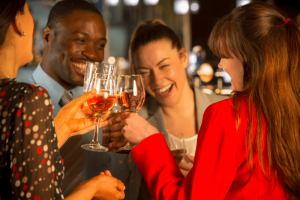 West Brompton is a small and fairly quiet suburb, but there’s still plenty to do in and around the area.

If you’re yearning for peaceful London living and you’re not fazed by the premium price tag, then West Brompton might be the place for you; it’s time to start your property search.