Portsmouth is a city best known for its port and naval history. It’s home to a Royal Navy base, as well as historic ships including HMS Victoria and the Mary Rose.

Today, Portsmouth is effectively the UK’s only island city, and one of England’s most densely populated urban areas.

The city’s continuing growth, historic past, and popular university have kept a constant stream of new residents coming into the area, which means Portsmouth’s housing market is almost always buzzing.

Portsmouth has a dynamic and exciting energy, with a diverse community ranging from families, professionals and a large student body.

Thinking of moving to Portsmouth? Then keep reading for everything you need to know. 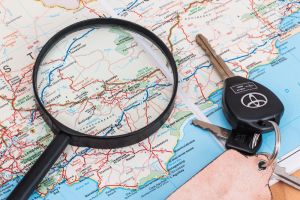 Portsmouth is roughly 20 miles south east of Southampton, and just over 50 miles west of Brighton. The city lies within the county of Hampshire, about 70 miles south west of London.

Portsmouth’s bordering cities – Brighton, London and Southampton – are all easily accessible by road, making Portsmouth a very convenient city to live in.

A brief history of Portsmouth

Portsmouth has an extensive history, with evidence dating it back to the early 6th century.

Portsmouth as a settlement had humble beginnings, and although its origins are uncertain, the most popular version is that it was built up by a sole pirate, Port. Overtime, the town became a fortified base, regularly defended from Danish pirates and invaders.

For the majority of the city’s history, Portsmouth saw relatively slow population growth. However, it was at the forefront of the Industrial Revolution; the world’s first mass-production line was established at Portsmouth Block Mills, and by the 19th century, Portsmouth was the world’s largest industrial site.

Around 1805, the Royal Navy’s reliance on Portsmouth meant that the city became one of the most fortified places in the world.

During the Second World War, much of the city’s housing was badly damage, and the decline of the British Empire after the 1950s meant that Portsmouth entered a period of decline.

Despite this misfortune, Portsmouth has continued to grow as a city, currently holding two-thirds of Britain’s surface fleet.

An in-depth look at Portsmouth

In the 2011 census, Portsmouth had a population of roughly 240,000. Besides London, Portsmouth is the most densely populated city in the UK, and the population is projected to grow as more jobs are become available in the dockyards and the city itself.

Portsmouth is really diverse, in nationality, socio-economic status and profession, with a real mix of blue- and white-collar workers.

Plus, thanks to Portsmouth University and its campus in the centre of the city, Portsmouth has a large student population, keeping the atmosphere young and fun.

Types of property in Portsmouth

The recent increase in people moving to Portsmouth has meant that demand for housing is going up.

In recent years, Portsmouth has become a destination for Londoners trying to get onto the property ladder; the average property price in Portsmouth is £281,000, well below the UK average.

Despite the lower price tag, property in Portsmouth has consistently grown in value over the last decade, so it’s a great investment. The average property stays on the market for less than three months.

One of Portsmouth’s nicest residential areas is Southsea. This trendy area, close to the university campus, is popular with students, but it’s also a lovely place for families.

There’s a wide variety of Edwardian and Victorian architecture on offer, as well as a number of terraced streets with 2- or 3-bedroom properties, so it’s ideal for couples, new families and even first-time buyers.

Another great area to live in Portsmouth is Old Portsmouth. As the name suggests, this is home to the older properties in Portsmouth. It’s Portsmouth’s geographical centre, upon which the rest of the city was built. In Old Portsmouth, larger and older townhouses go for upwards of £850,000.

Both the rental and buyers’ markets are very busy in Portsmouth. The buy to let market is especially great, partly due to the large student population.

A one-bedroom flat in the city centre will cost roughly £700pcm to rent, while a four-bedroom home will cost over £1,700pcm on average.

Portsmouth has a wide range of great transport options on offer, by rail, road and sea.

The city is served by the Portsmouth Harbour and Southsea train stations, reaching the dockyard, ferry port, the old town and the university campus.

All the rail stations that run throughout Portsmouth are on the same line, offering regular 90-minute train services to London. Southampton is only 45 minutes away and Brighton is 90 minutes away.

The M275 connects Portsmouth to Hampshire and the rest of the UK, with access to Brighton and Eastbourne via the A27.

The nearest international airport is Southampton Airport, which is a 30-minute drive away – Gatwick is under 90 minutes by train.

And thanks to Portsmouth’s port, a number of ferry services run to the Channel Islands and to international destinations including France and Spain. 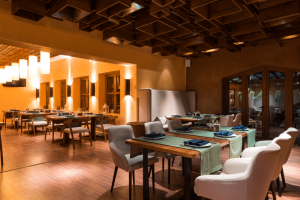 Portsmouth’s gastronomic scene is really exciting. Whether you’re looking to enjoy some of Portsmouth’s local cuisine or some international delights, you’ll definitely be able to satisfy your desires with the eateries on offer.

Restaurant 27 is located in Southsea, offering a fusion of French and British cuisine. The food is delicious, and although it’s on pricier side, the ambience of the restaurant is perfect. Make sure to pay a visit with friends or family for a memorable night.

Algarve’s Grill, also located in Southsea, will take you on a gastronomic journey across the Mediterranean. Their tapas and meat selection are truly delicious. And don’t miss their excellent range of cocktails.

Bonita’s Mexican bar is a great destination for a night out, with tasty nachos as well as mouth-watering cocktails. The lively, fun atmosphere makes it one of Portsmouth’s most exciting nightlife destinations. Look out for their weekend brunch menu, as well as the much-loved Taco Tuesday.

Baffled Coffee is a real favourite with Portsmouth locals. This independent, continental café specialises in great coffee and tasty food, including delicious sandwiches and fresh cakes. Baffled is the ideal location for a coffee catchup or a satisfying lunch.

Portsmouth has a few shopping locations, but the main one is Gunwharf Quays shopping centre, home to over 90 stores, as well as restaurants, cafes and activity centres. On the other hand, Southsea has smaller, independent boutiques and vintage shops if that’s more up your street.

There’ll always be plenty to keep you busy in Portsmouth.

If you’re looking to move to a thriving and lively city, with a diverse population, then Portsmouth could be the perfect place for you.

The ease of access to major coastal beauty spots makes Portsmouth a breath-taking place to live, offering a variety of local amenities and leisure opportunities.

Ultimately, the wide range of properties on offer makes Portsmouth a great location to move to. If Portsmouth sounds like the best place for your next home, then it’s time to start searching for a property.