For such a populous, dense and lively city, London sure does have a lot of village neighbourhoods. The sort of villages that contain plenty of charm — the type you would come to expect from the English countryside.

With a W1 postcode, Marylebone might just be the most impressive village in the capital. And if you’re thinking of moving to Marylebone, you can look forward to quaint cafes, boutique shops, independent stores and, oh yes, Oxford Street and the West End right on your doorstep.

Marylebone is so impressive because it offers village vibes in the heart of the West End. It’s tucked away from the hustle and bustle, yet so close to London’s best amenities [that] you can almost see the displays of Selfridges from your window. 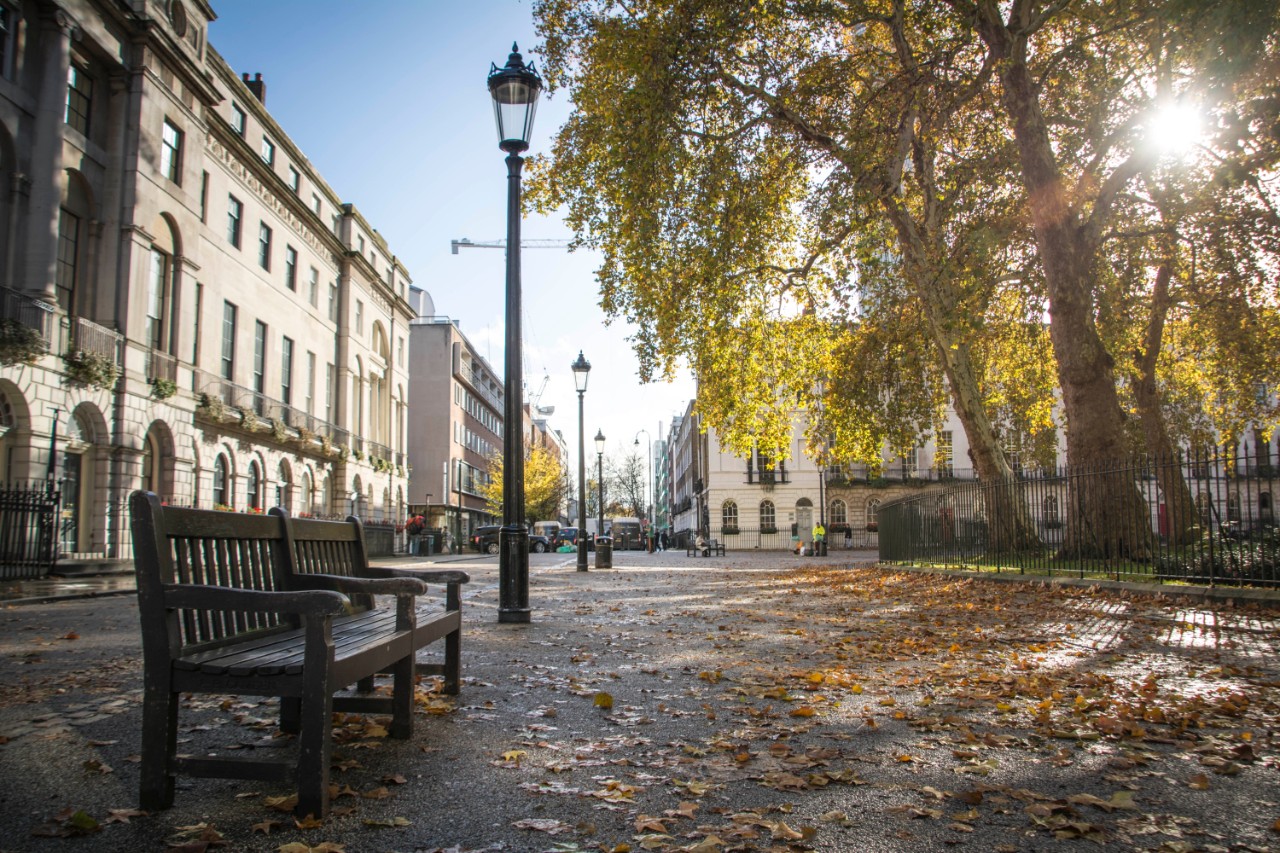 Marylebone is located in the West End of London and falls under the borough of the City of Westminster. It’s bounded by Oxford Street to the south and Edgware Road to the west. Marylebone’s primary postcode district is W1, though some parts fall under NW1.

A brief history of Marylebone

The name “Marylebone” comes from a church dedicated to St. Mary and, over the last few hundred years, has evolved into what it is today. First, it was known as St Mary at the Bourne, before becoming Marybourne and then Marybone. Next up was Mary-la-bonne and eventually the neighbourhood settled on Marylebone.

Marylebone’s history dates as far back as 1086 when it was known as the Manor of Tyburn and valued at 52 shillings. In 1544, the son of the owner of Marylebone exchanged it with King Henry VIII, who enclosed the northern part as a deer park. Today, that area is known as Regent’s Park.

During the 18th century, the area was known for unconventional entertainment in Marylebone Gardens, where there were bear-baiting and prize fights by members of both sexes. Today, however, it’s taken on a more lavish status.

An in-depth look at Marylebone

Types of property in Marylebone 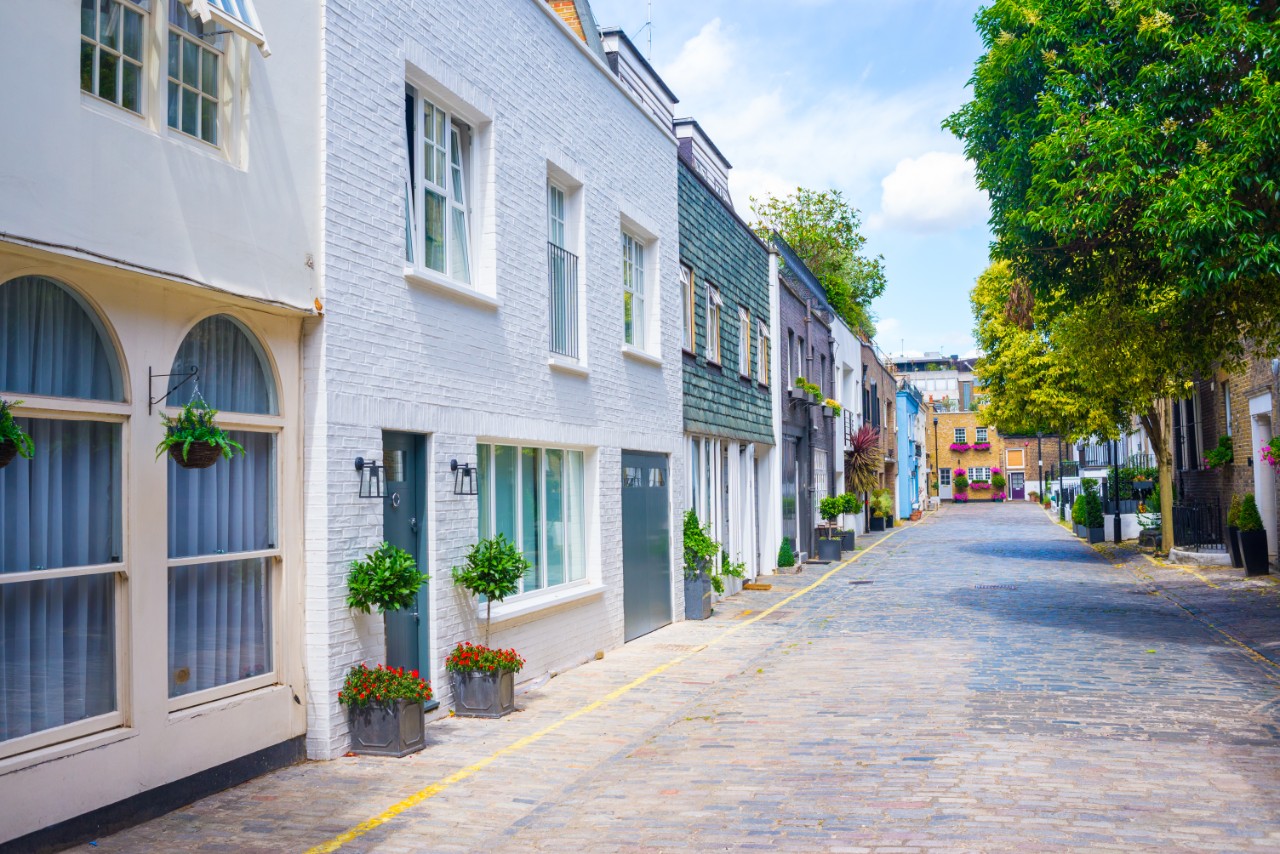 The majority of homes in Marylebone are made up of period housing from several eras, including Georgian and early Victorian. Many of these have been converted into apartments to meet the growing demand for housing in the area.

There are also mansion flats from the 1920s and 30s, as well as a smattering of new builds. 40 Portman Square and Marylebone Lane were built in the last few years and comprise a variety of apartments and houses.

If you’re thinking about moving to Marylebone, expect to pay around £2,500 per month for a one-bedroom home. Two-bedroom properties achieve in the region of £3,500, and three-bedrooms start at around £4,000 per month.

If you’re living in Marylebone, you’ll have plenty of access to public transport. Marylebone tube station is on the Bakerloo Line, and there is also a national rail station. Other tube stations within walking distance include Marble Arch, Bond Street, Baker Street and Oxford Circus.

Residents in Marylebone have access to the Bakerloo, Victoria, Central, Jubilee, Metropolitan and Circle and Hammersmith & City lines. There’s also an extensive bus network, with buses going to most parts of East, North and South London. Marylebone is located in Zone 1.

Restaurants and shops in Marylebone

Those moving to Marylebone will be spoilt for choice when it comes to restaurants and shops. Marylebone High Street features a range of boutiques, while Oxford Street and Bond Street offer some of the finest shopping experiences in the UK. 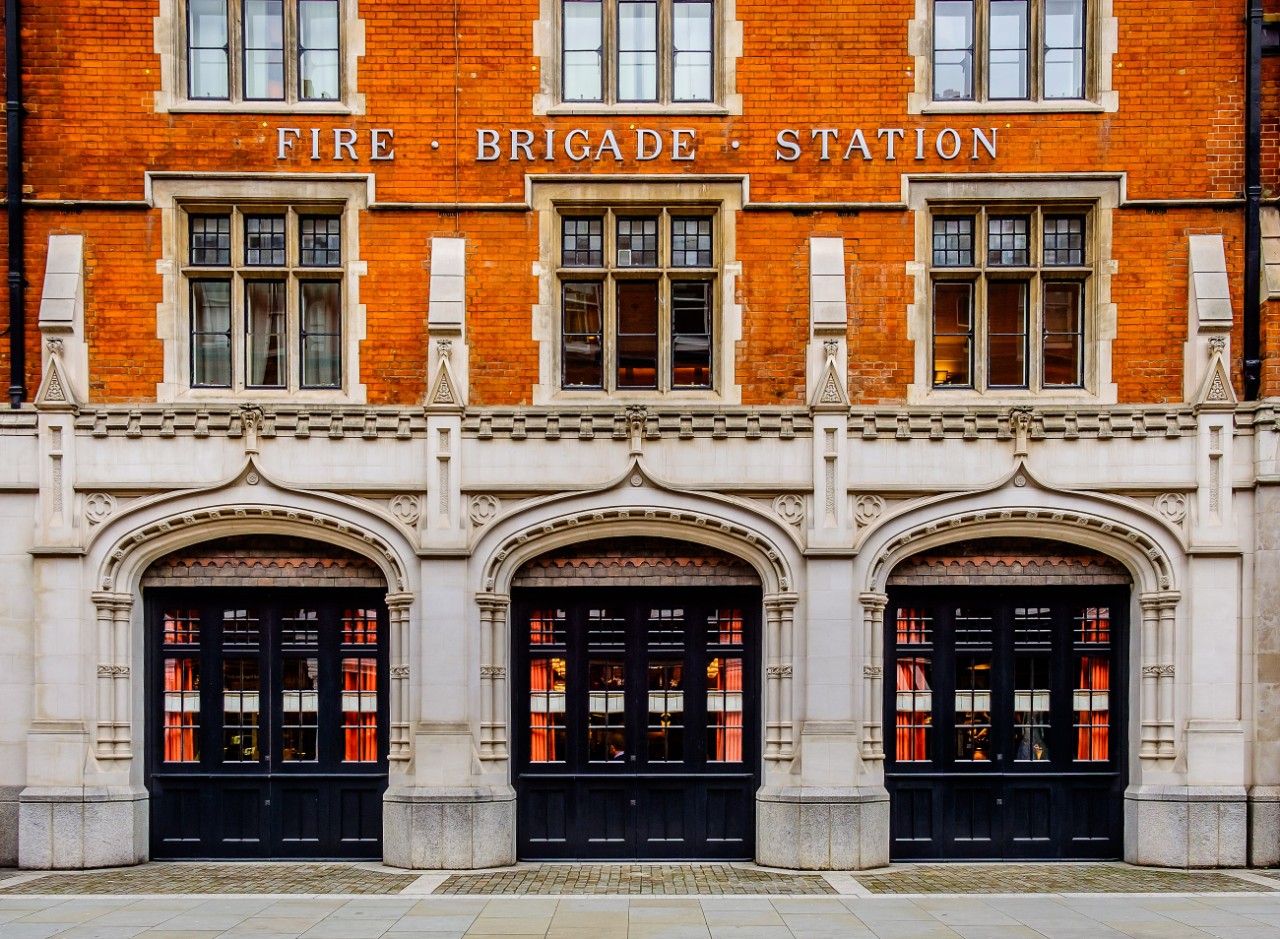 A favourite with celebs, Chiltern Firehouse is one of Marylebone’s most in-demand restaurants. The former fire station is owned by André Balazs and serves up a treat with tasty European cuisine. However, Chiltern Firehouse is all about the allure, and if you’re lucky enough to get a table, expect to rub shoulders with the UK’s finest.

Vegans rejoice, because The Gate offers top-notch food with its full vegan menu. Located on a quaint mews road just off Edgware Road, visitors can choose from dishes like wild mushroom risotto cake, red Thai curry and a selection of pizzas. 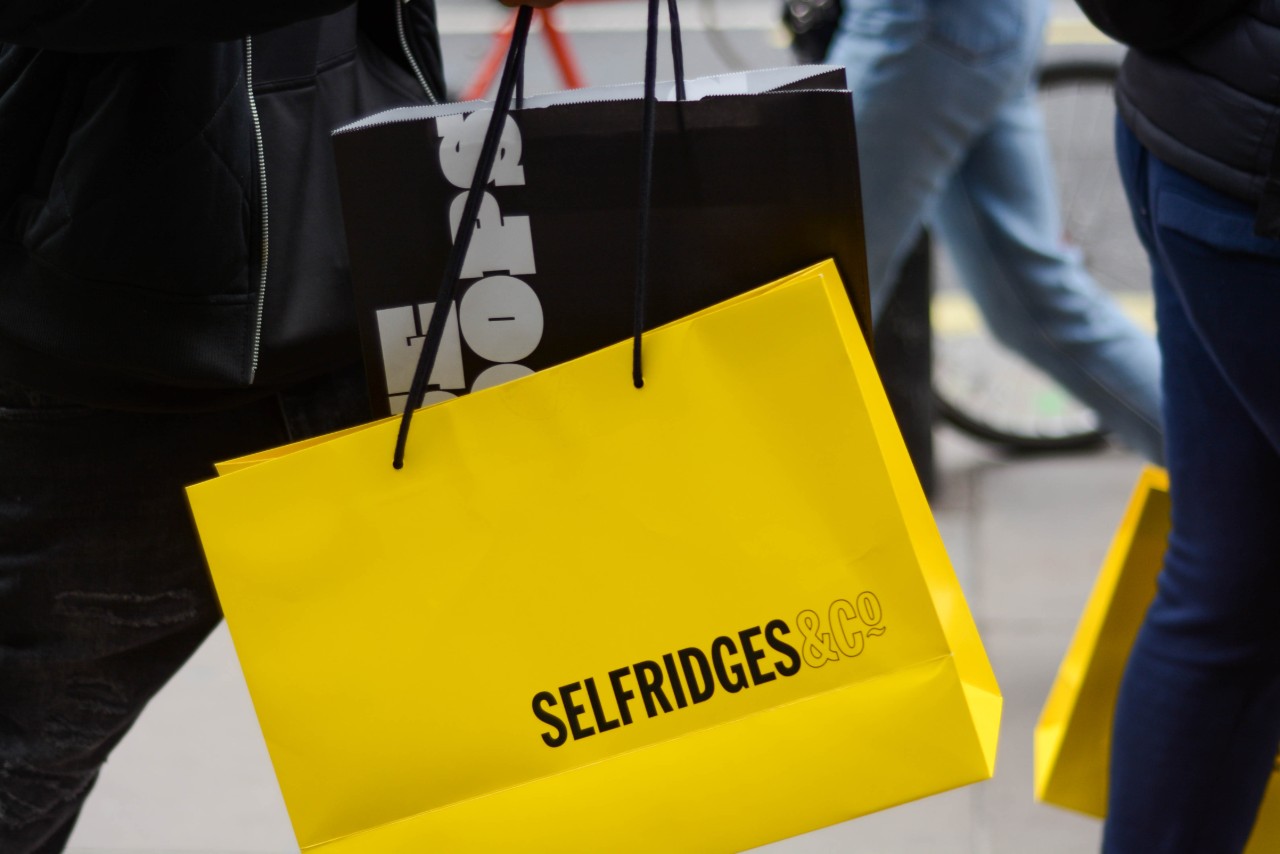 Everyone’s favourite department store is just a hop and a skip away from Marylebone High Street. Shopping in Selfridges is an experience, whether you’re browsing the latest fashion while a DJ spins the decks or discovering tech delights in the electronic department.

A colourful concept store, Koibird rotates its stock every four months to reflect a theme or top travel destination. The boutique store sells clothes and products from emerging talents who provide cutting-edge designs and something a little different from the norm.

You could spend years in Marylebone and still not run out of fun things to do. Whether you’re after a cultural experience, all-night partying or some serious retail therapy, Marylebone has the lot. Indulge and delight in the best the area has to offer. 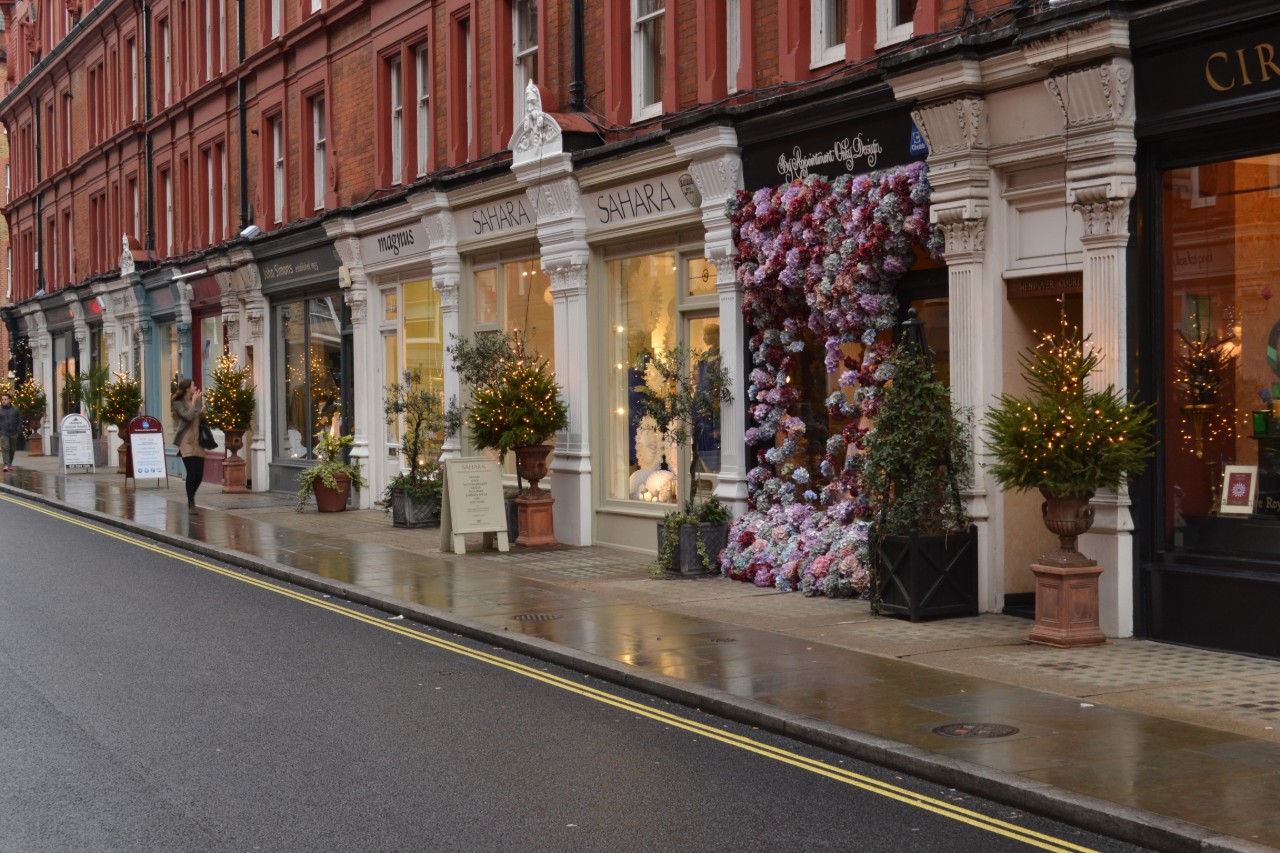 Luxe homes, stylish shops and period charm make Marylebone one of the UK’s best places to live. You can escape the hustle and bustle while being within walking distance to all that London has to offer. Marylebone expertly captures the feeling of a residential neighbourhood right in the middle of London’s busiest area.