The leafy suburb of Highbury is a quiet district within Islington, offering its residents the opportunity to enjoy London’s social scene without always having to be at the centre of it all.

If you’re thinking of moving to Highbury, we’ve put together this guide that tells you everything you need to know about this beautiful area of London.

Highbury is a district in North London and part of the London Borough of Islington.

A brief history of Highbury

The name Highbury means high fort, and it was the title of a 14th-century manor house which was built on the hill. The Knights Hospitaller built the manor when they came into possession of the farms and woodland that today span across the Highbury district. The Knights were a military monastic order, but their manor house did not last long and was burned down by Wat Tyer’s rebels in the Peasants’ Revolt of 1381.

In the 17th Century, many people that were affected by the Great Fire of London decided to resettle in Highbury Fields. However, it was only in the 1770s that building campaigns started to take place in the area. In 1781, Highbury House, a Georgian Mansion, was built on the same site as the previous Knights manor. Throughout the 1800s parks and rows of villas were built, turning this area into the more residential area we know it as today.

In 1913, Arsenal Football Club moved to Highbury, but the club has since relocated, and the original stadium was redeveloped into flats. 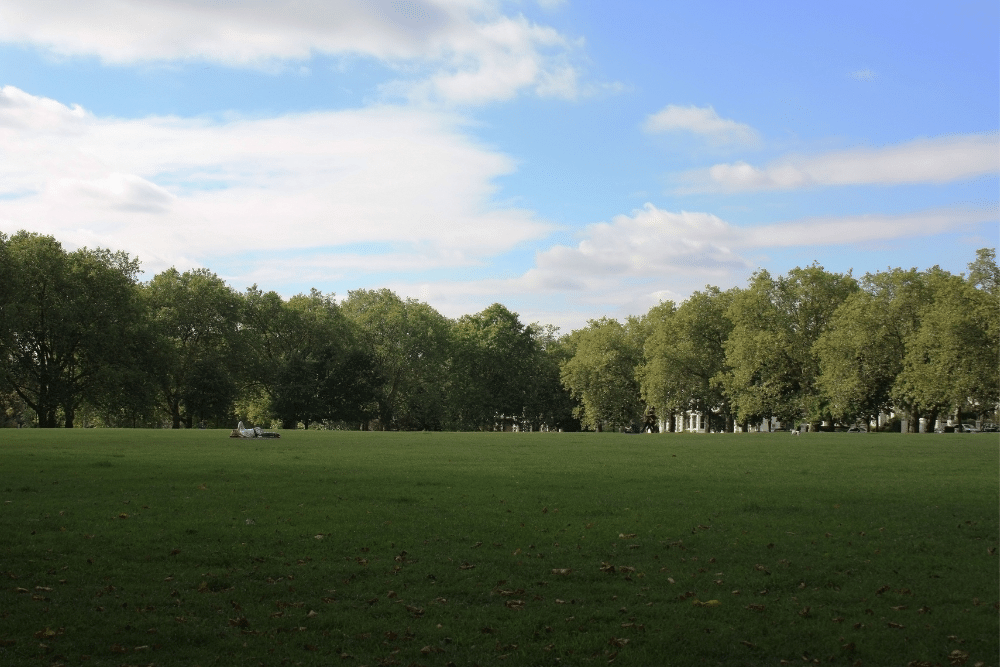 An in-depth look at Highbury

Young professionals make up a large proportion of residents. But you will meet people of all ages in this large district, turning it into a multicultural and relaxed area.

Types of property in Highbury

Several early villas have survived, most of which have now been subdivided into smaller flats. Italianate villas and some of London’s majestic houses are located in Highbury, where they were built for the Victorian upper classes. The iconic and local flats of Highbury, however, are the ones that are the result of the conversion of the former Arsenal Stadium, which have retained the 1930s art-deco entrance of the East End. If you’re planning on moving to Highbury, you can expect to pay around £1,300 to £1,700 per month for a one-bedroom flat, and approximately £2,000 and up to £2,200 per month for a two-bedroom property. Three-bedrooms or more enter the market from £2,500 per month.

Highbury is well connected through the Underground Piccadilly line that arrives at Arsenal Station. You can reach King’s Cross in just 12 minutes and Covent Garden in 16 minutes. Furthermore, the Piccadilly line offers a direct service to Heathrow Airport.

The Victoria line connects you to Victoria Station from the Highbury & Islington tube station in only 11 minutes, and numerous bus routes connect this district to central London, Angel and other suburbs.

Whether you’re looking for a simple pizza or a great Asian restaurant, the suburb of Highbury offers a special selection of breweries and cosy restaurants.

Trullo offers a carefully crafted menu with a distinct neighbourhood vibe. They serve traditional, seasonal Italian dishes from the region of Puglia, in the south of Italy. They make their own pasta, as well as offering charcoal-grilled fish and meat.

Brewhouse & Kitchen may look like a typical pub from the outside, but don’t be fooled, as it is also home to a microbrewery! On Sunday, they serve a delicious roast, and you can regularly watch live sports matches. If you are keen on knowing more about the beer-making process, the pub also offers special meetings with the brewer, as well as masterclasses.

This modern European cuisine offers beautifully stylish sharing plates with a menu that changes daily. Amongst many other delicious meals, Westerns Laundry has served Turbot with sea vegetables and slow-roasted Lamb belly, accompanied by a diverse wine menu.

This cheese shop offers a mouth-watering selection of cheeses and nibbles. And, while you’re at it, why not pair it up with some wine or join the monthly supper club. Each Friday La Fromagerie hosts a cheese and wine bar featuring the Swiss fondue, raclette and charcuterie boards.

With numerous hangouts to choose from, Highbury offers locals and visitors a friendly neighbourhood vibe.

Highbury is a relaxed district with leafy parkland, as well as numerous hotspots, social spaces and excellent links to the centre of London. If you’re keen on living in a lively but calm area, just a few minutes from central London, it’s time to find a home in Highbury.