Haggerston has recently emerged as a top east London neighbourhood.

Until about 10 years ago, Haggerston was a little-known quiet locale. However, the opening of its Overground station has fuelled rapid growth in the neighbourhood; Haggerston has fully opened up to the London transport network, becoming significantly more accessible.

Haggerston is a very diverse place. The different cultures, people, jobs and housing are what makes the area so unique.

Nowadays, Haggerston has a huge hipster presence, evident in the beautiful street art that covers many shops and buildings in the area.

The Haggerston of today is seeing even more development and gentrification; one of its areas – Branch Place – is going through significant regeneration as Hackney council are rebuilding the Colville Estate.

Thinking of moving to Haggerston? Then keep scrolling for everything you’d ever want to know. 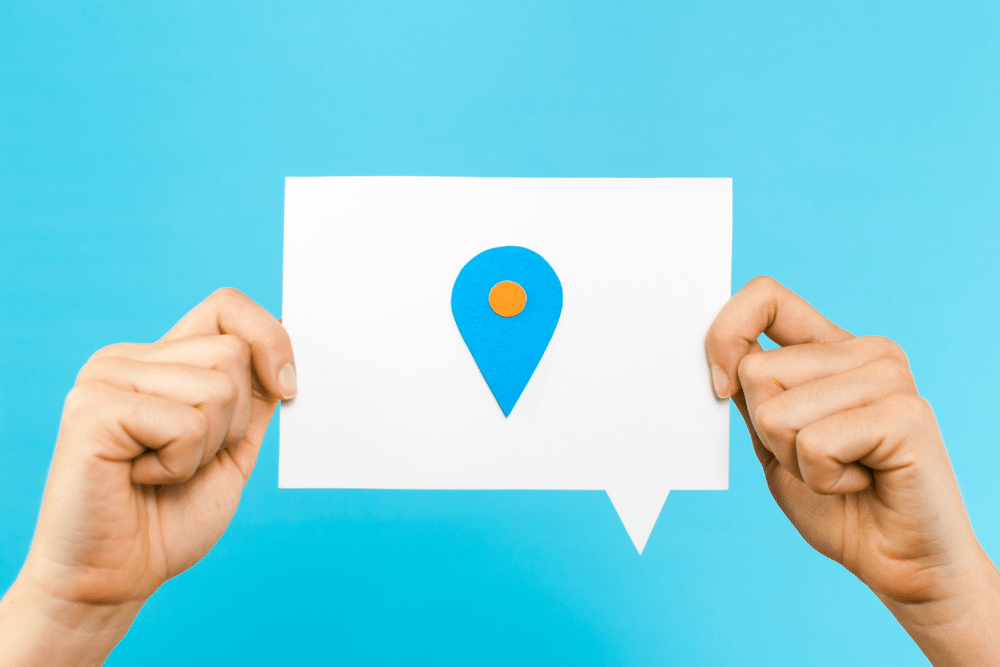 Haggerston is located in east London, in an area centred around Queensbridge Road.

Haggerston is in the London Borough of Hackney, situated roughly 3 miles northeast of Charing Cross.

Haggerston’s nearby neighbourhoods include Dalston (to the north), Hoxton (to the west) and Bethnal Green (to the southeast), taking approximately 20 minutes to commute into central London.

Before it became part of Hackney, Haggerston was historically in Shoreditch borough.

A brief history of Haggerston:

The earliest record there is of Haggerston is found in Domesday Book, which suggests that the settlement was built by the Vikings and was an outlying hamlet of Shoreditch.

During the industrial revolution, the growing urban sprawl reached Haggerston as factories and workers’ cottages were built up along Regent’s canal.

Two events were critical in shaping the Haggerston area. Firstly, the opening of the Regent’s canal at the beginning of the industrial revolution transformed Haggerston from a small rural village into an industrial hub.

Almost two centuries later, the 2010 construction of the Overground in Haggerston made it significantly more connected to the rest of London.

As a result, Haggerston has evolved into a unique area, home to office spaces, workshops and residential areas that all co-exist in peaceful harmony.

An in depth look at Haggerston

Thanks to its close proximity with Hoxton and Shoreditch, Haggerston is very popular with students and those employed in the creative industries. The area also offers cheaper living costs than its pricier neighbours.

Haggerston is ethnically diverse; there are significant Vietnamese, Cambodian and Laotian communities in the area. This diversity is most visible with the presence of Southeast Asian cuisine.

Types of property in Haggerston

Housing in Haggerston has dramatically improved over the last two decades, as many of the old residential estates have undergone refurbishment, and redundant public buildings have been transformed into private homes. There have also been new building schemes in the area – most notably, the City Mills development. 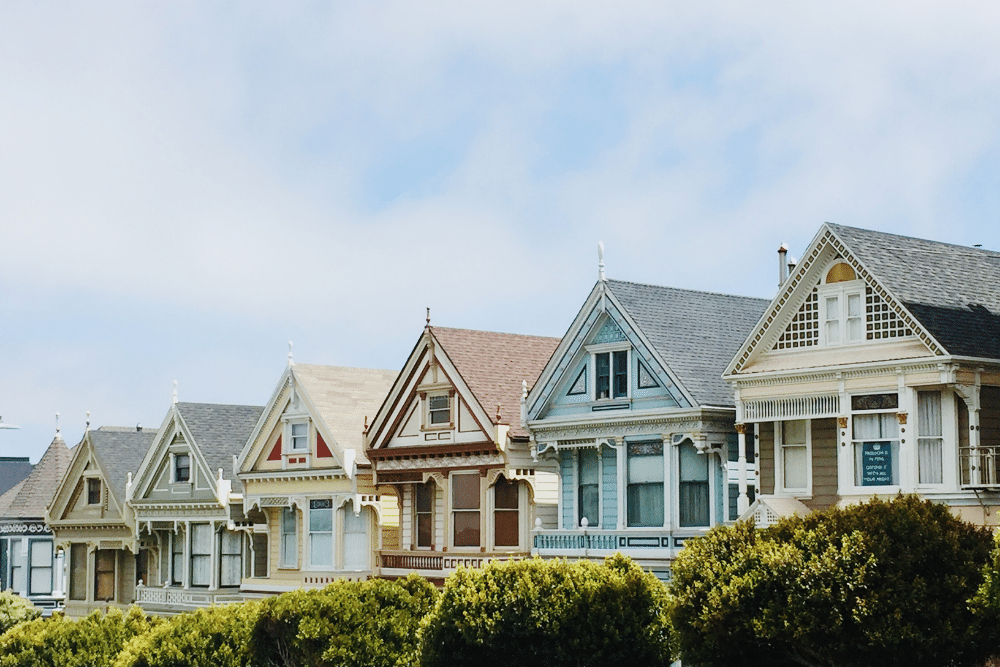 Currently, there are works being carried out on the Benyon Estate which will aim to provide over 120 co-living flats on what used to be a timber yard. Co-living flats are ideal for young professionals and students, as they offer a cheaper, high-quality livelihood with shared communal facilities.

Haggerston is cut in half by the Regent’s canal. The canal has become the area’s true epicentre, so much so that the residential developments between Kingsland Road and Broadway Market are often referred to as the ‘Haggerston Riviera’. This includes a great number of wharfs and warehouses which have been converted into apartments, studios and social spaces.

Renting in Haggerston is a competitive business. Rental prices range from £1,350 for one-bedroom flats, all the way up to £3,250 for a three-bedroom terrace house.

The area’s primary public transport link is its Overground station, the opening of which had an unexpectedly wide-reaching positive effect.

The Overground has added a commuter population to the Haggerston area, who go in and out of central London in around 20 minutes.

Nearby London Fields station has direct trains to Liverpool Street, yet another extremely useful connection for commuters.

Haggerston also has towpath along the Regent’s Canal. It’s accessible to both pedestrians and cyclists, connecting Haggerston to Victoria Park to the east and Islington to the west. 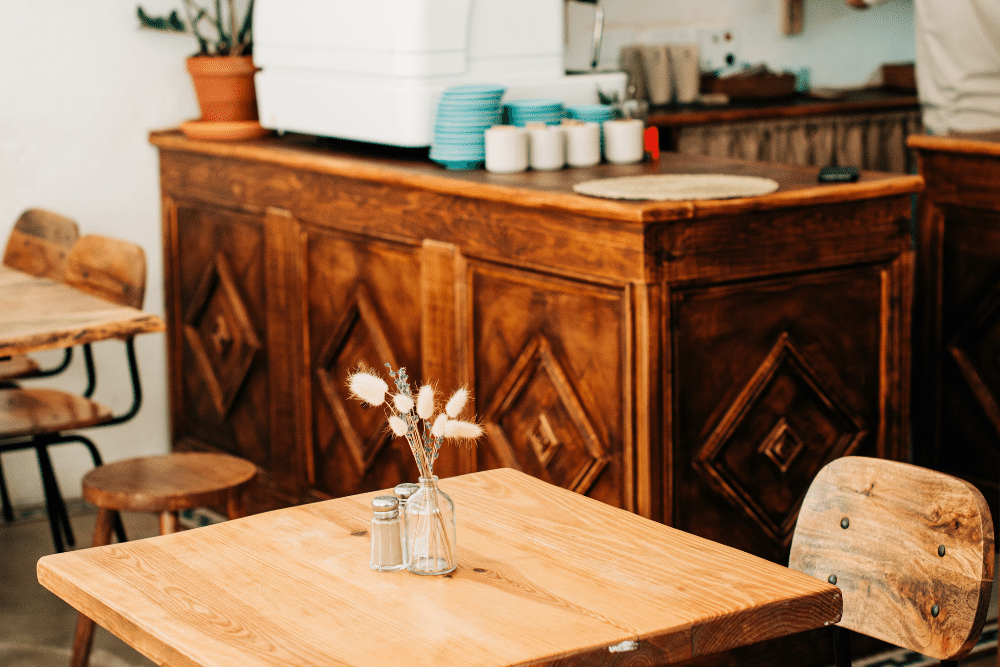 Haggerston’s canal is the culinary hub of the neighbourhood. The Haggerston riviera really comes to life in the summer, as swathes of people line the banks of the canal or sit on the outdoor café terraces.

This child-friendly Japanese eatery is in a beautiful, serene location on Regent’s canal. With a diverse and affordable breakfast and lunch menu, as well as a separate kids’ play area, this restaurant is perfect for a family outing. It’s definitely worth trying the cold soba noodles with a sesame dipping sauce and mackerel, along with a black sesame or houjicha latte.

This restaurant offers delicious, authentic Venezuelan food that’s hard to come by in London. Its small, intimate interior overlooking the canal makes the experience at Arepa all the better. Definitely try their signature dish, arepas, which is cornbread stuffed with shredded beef, and have the fried plantain as a side. The Tres Leches dessert can be the perfect ending to a scrumptious meal.

This restaurant offers up all of the important dishes from the Afro-Caribbean cuisine. From African stews, Nigerian Gulder beer and meat suya, to a side of fried yams, meat patties and tasty jollof rice, Lekki does it all. The lovely African décor and scenery makes the venue a fantastic location to visit on a night out with friends or family.

Visit this working Victorian street market for some of London’s best food, drink, clothes, records, flowers, homeware and gift stalls. Open every Saturday, it even has live music from street buskers. On non-market days, the fishmonger, butcher and off licence still operate, and you can also visit one of the many nearby independent restaurants or bookshops.

Haggerston foodies flock to Café Route for its canal-side views and Middle Eastern and Mediterranean-inspired dining. It’s an open, sociable space, with great food for any occasion, thanks to its extensive brunch, lunch and dinner menus.

Haggerston is continuing to grow in both size and reputation, slowly but steadily becoming an integral part of London’s East End.

This neighbourhood feels like a world of its own, when in reality it’s only a 20-minute commute to the heart of the city.

It’s an ideal location for young professionals and those that enjoy a sense of dynamism in their neighbourhood.

Tips and Guidance for Letting Your Property Without An Agent

An increasing number of landlords are choosing to self-manage the letting of their properties. Technological advances have made it quicker, more efficient and …

According to the World Happiness Report 2021, the UK is the 17th happiest country in the world. Happiness looks different for every person, …

Where would Friends be set if it was in the UK?

Friends has been a cultural phenomenon since its launch back in 1994, a sitcom gem that is arguably just as popular today as …

Moving to West Brompton: Area Guide West Brompton is a quiet residential retreat for families and older couples looking for respite from busy …

As one of those places that have all the amenities of London without the high prices, Gospel Oak might be a little edgier …

Crouch End is an area of London that combines a relaxed atmosphere with an artsy feel. It is a hotspot for good schools, …