Moving to The City of London: Area Guide

The City, otherwise known as The City of London or The Square Mile, is an area of London that is often overlooked by prospective tenants due to the stereotypical view that it is a place for all work and no play.

Where is The City?

The City is tantalisingly central. Just off the north bank of the River Thames, The City of London is flanked by Covent Garden, Fitzrovia, Farringdon, St Luke’s and Whitechapel, with London Bridge offering a speedy route to sights such as The Shard. Transport to the epicentre of the metropolis takes less than 15 minutes, and you can even walk in just under 40 minutes.

A Brief History of The City

The City of London has been a financial hub since medieval times, and was a stronghold for The Romans. The City Corporation is also Britain’s oldest local government and has county status, which makes it a rather powerful borough. The area itself corresponds closely to the ancient city from which modern London has sprung, yet despite this, The City belongs to the historical county of Middlesex. However, because it is a pretty important area, it has had autonomy from this county for the majority of its existence. 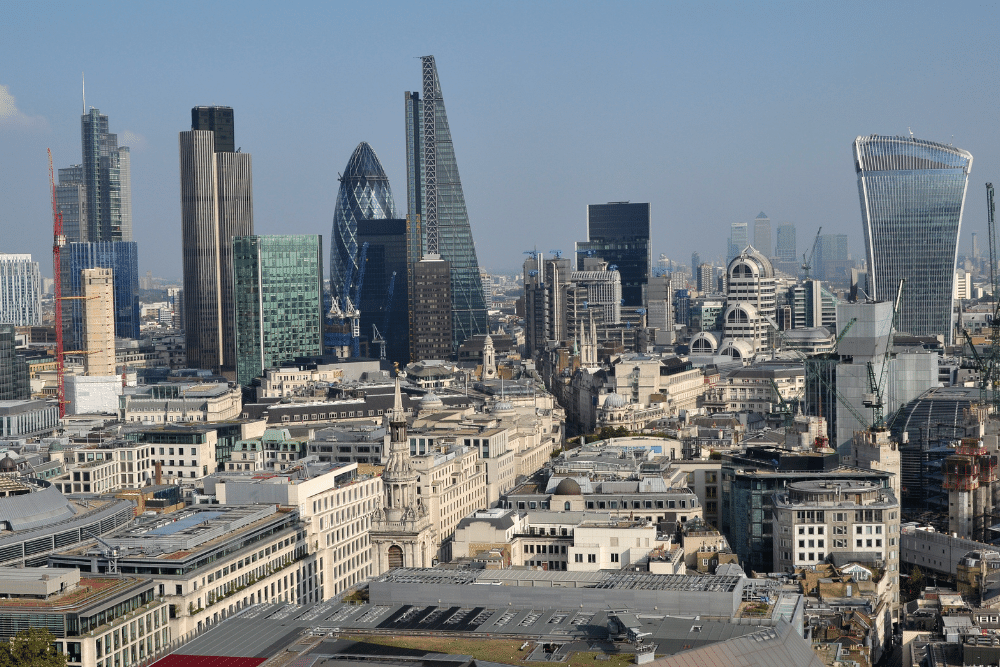 An in-depth look at The City

Despite over 450,000 people going to work in The City, just under 10,000 people actually live here. The City is a paradise for professionals who love to bask in the business hub vibe set to the backdrop of some of London’s most iconic landmarks.

Types of property in The City

Properties in The City area tend to be swanky, plush and modern. These types of properties are perfect for this area as often the views resemble live artworks or a flyover from a movie, and there really is no better place to watch that than from your sofa in your skyhigh flat. The average price for such a flat ranges from £3,000 to £10,000-plus a month.

Filled with tube stations and bus routes, The City is an extremely accessible and convenient location. Tube stations include Aldgate, Bank, Barbican, Blackfriars, Cannon Street, Chancery Lane, Liverpool Street, Monument, Moorgate, St Paul’s and Tower Hill. You can also jump on the overground service and head south or east from Blackfriars, City Thameslink, Cannon Street, Liverpool Street, Moorgate and Old Street stations. Living in The City means that if you decide to drive you will be in the central London Congestion Zone- but as a resident you can expect a sizable discount. The City is located in Zone 1. 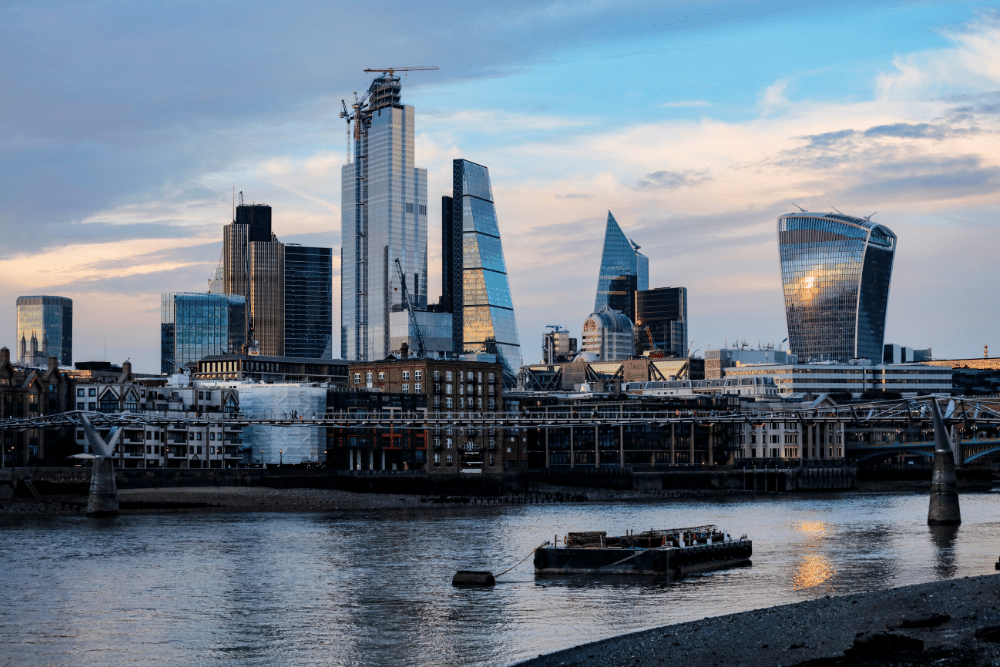 The City is a bit of a foodie paradise, so if you move here, get your palate ready for some taste sensations. Much like London at large, the cuisine is worldly, varied and downright delicious. From classic British restaurants to pop-ups and rooftop bars, you certainly won’t be left wanting. Brunch is the new London thing and nowhere does it better than The City. Head over to Caravan City at the Bloomberg Arcade for spectacular coffee and moreish brunch dishes, or to the one and only Bread Street Kitchen; Gordon Ramsey’s restaurant which is anything but hellish. For something a little different, take a trip to Fish Market and gorge yourself on the aptly named menu of ‘brunch off the boat’. Bottomless Prosecco or Moet is also provided, so enjoy a bevvie or two. For a suave dinner offering, why not head to Angler, a Michelin-starred seafood restaurant that serves phenomenal food tied up in a ribbon of smooth-as-silk service. What more could you want? For a menu full of health and hangover cures, a visit to Beany Green is vital. From ‘power balls’ to huge salads, this joint is accompanied by friendly staff and an upbeat, down-to-earth vibe, making it the perfect place to meet friends the morning after the night before.

As a predominant business district, shopping can be somewhat limited in the area itself. Of course, you can find your local convenience stores and supermarkets with no trouble, thank goodness! Fashion lovers, you won’t be left completely high and dry as One New Change, near St Paul’s cathedral, offers an eclectic mixture of clothing stores. If you’re looking for cute boutiques or edgy vintage you may be slightly disappointed, but living in The City means you are never far from a district that will have such offerings. Did someone say Shoreditch? 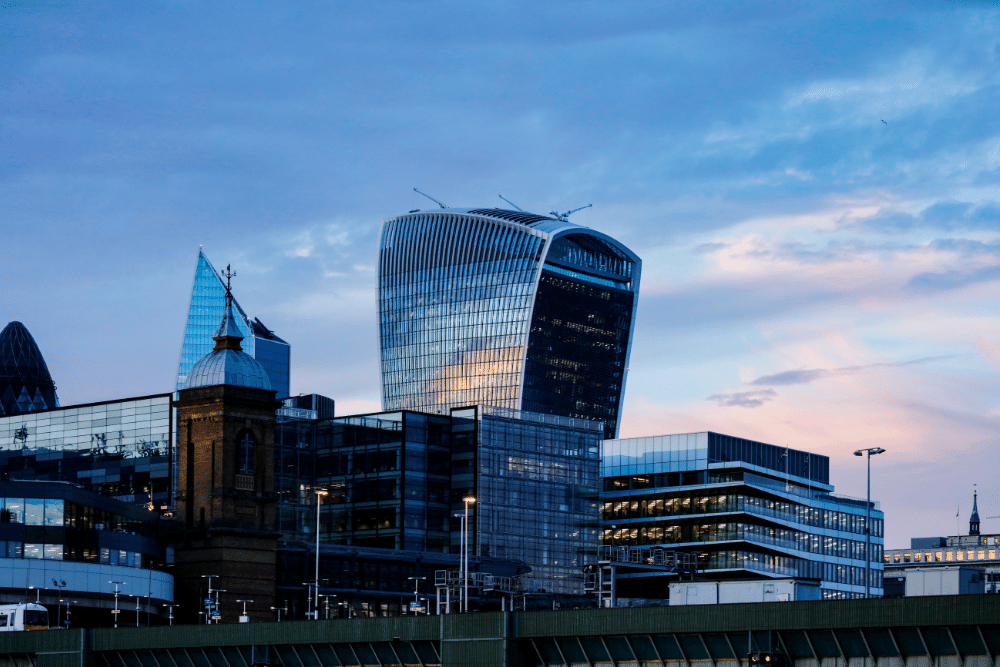 Socialising in The City

Rooftop bars and the Sky Garden are all the rage if you call The City your home. Chill out in one of the most picturesque places in London, taking in the stunning and ever changing skyline while you sip on your perfectly executed Espresso Martini. Because if you live in The City, why not?  Then there’s the Barbican, which provides iconic brutalist architecture, and has a hidden away conservatory which is home to 2,000 species of tropical plants and trees. You can visit on a Sunday and really finish your week off on a calming note. Last, but by no means least, is St. Paul’s. London’s most famous cathedral plays a prominent backdrop to the landscape of The City, and is well worth a visit – even if you’re a local.

Moving to The City

If walking to work, bottomless brunches and sophisticated modernity are on your wishlist, then The City may just be the ideal neighbourhood for you This business hub gives a capsule sized shot of the larger London picture, with everything right on your doorstep.