Bath is an undisputed gem of the south-west, with a variety of culture and history on offer.

Named after the Roman Baths, it’s been a sought-after leisure location for more than 2000 years. Since 1987, Bath has been an official world-heritage site, attracting more than 3.6 million visitors annually.

Small but mighty, this city has a wealth of museums and independent cafes and restaurants, alongside a to-die-for selection of boutiques and high street shops. Bath also offers easy access to the scenic Somerset countryside and the Cotswolds.

Are you thinking of moving to Bath? Then read on for all you need to know about this historic city.

As the largest city in Somerset, Bath is located in the Avon Valley, 97 miles west of London and 11 miles southeast of Bristol.

It’s on the southern edge of the Cotswolds, recognised as an Area of Outstanding Natural Beauty.

A brief history of Bath

Bath is perhaps best known for its history, something which is very apparent as you walk through its city streets.

In 60AD, the city became an official spa destination when the Romans built baths and a temple on the site of hot springs, named Aquae Sulis after ‘the waters of Sul’.

In the 7th century, Bath Abbey was founded, making Bath a religious centre as well as a cultural one.

And though all of these eras had their influences, the period of history that defined Bath’s landscape the most is the Georgian era when the city became a popular leisure location for the wealthy. Still today Georgian architecture dominates its skyline, with elegant buildings constructed from Bath stone. Famous examples include the Royal Crescent, Circus, Pump Room and Assembly Room.

Jane Austen briefly lived there and was greatly inspired by the city, choosing Bath as a setting for parts of her novels Northanger Abbey and Persuasion.

After WW2, Bath was subject to a lot of building work, producing many more houses to counter the destruction of the Blitz. 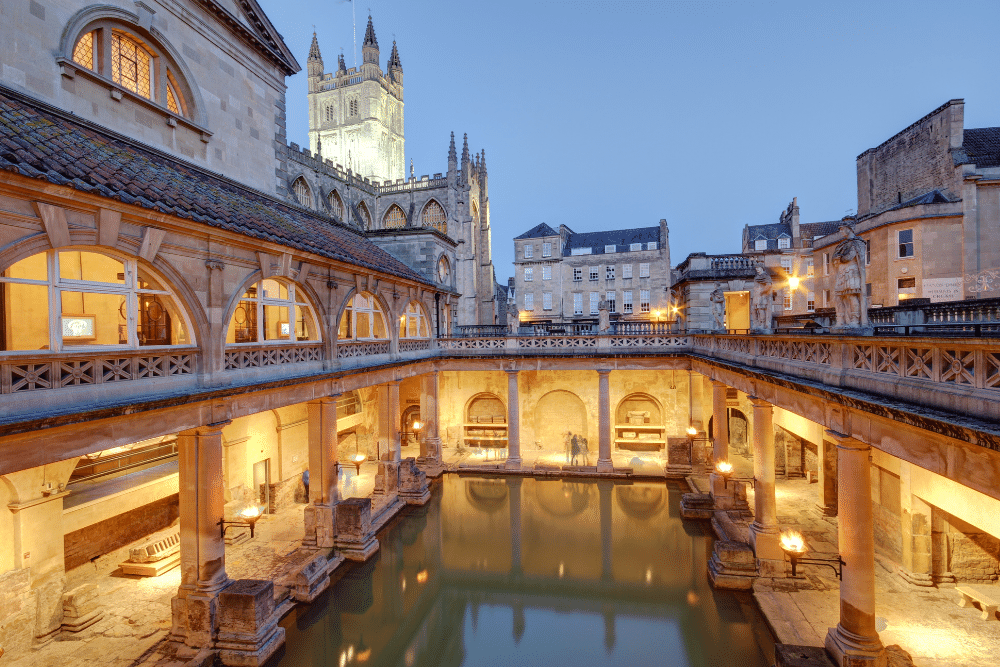 An in-depth look at Bath

Inhabitants of Bath are known as Bathonians; with a population of nearly 90,000, it’s clearly a fashionable title to have.

The city’s primary industries are tourism, software and publishing, making it a big local employer. However, commuters to Bristol and London, as well as people working in the entertainment industry, also make up a large part of Bath’s population.

As an affluent area, Bath is mostly home to families, professionals and retired people, as well ex-Londoners looking for somewhere quieter to settle down. It also has a large student population, thanks to Bath and Bath Spa Universities.

Types of property in Bath

With an average rental price of £1,405pcm, property in Bath is pricey for the south-west, but still affordable compared with cities like London.

Further out of the centre, Georgian townhouses and mansions become less common, opening up to Victorian terraces and family homes.

The city has plans for new houses along the riverside area, as well as housing estates with contemporary modern homes.

With a range of transport connections, Bath is a great location for commuters or frequent city-hoppers.

Bath Spa Train station has direct trains to Bristol every 15 minutes and onwards to Cardiff, as well as a direct line to London Paddington – which takes around 90 minutes.

Bath Bus Station has regular services in and around Bath, as well as to Bristol and other neighbouring towns.

For drivers, this city is perfectly located on the M4/M5 corridor, granting easy access to Bristol, Oxford and London in the north, and Devon and Cornwall in the south.

Bath is an excellent location for foodies and shopaholics alike. The city boasts a wide range of independent cafes and restaurants and is a much-loved shopping location.

Inspired by Mediterranean and modern French cuisine, Clayton’s Kitchen offers an outstanding lunch and dinner menu. Headed up by a Michelin star chef, this restaurant boasts beautifully presented dishes, mouth-watering wine, a stylish interior and large windows, which are excellent for people watching.

With a menu to please even the pickiest of coffee fanatics, Colonna & Small’s is a popular café hotspot. Select your coffee beans from a daily board, take in the trendy, minimalist interior, and enjoy your drink in their quiet courtyard.

The Corridor opened in 1825 is one of the earliest retail arcades in the country. It’s now home to a range of quirky boutiques and independent shops.

The Olive Tree is Bath’s longest established independent restaurant and the only one in the city with a Michelin star. Expect classic flavours, seasonal dishes, a chic interior and a relaxed dining experience.

A local favourite, patrons come to this pizzeria for excellent food, casual dining and a buzzing atmosphere. Highlights include live jazz nights, happy hour, and a menu of speciality pizzas and steak, made with fresh, local ingredients.

This house is home to the legendary Georgian baker Sally Lunn, the inventor of the first Bath Bunn (a regional speciality), for which you will have to make some time to try their top-secret recipe.

Originally a 1960s auction house, Hall & Woodhouse is much loved for its relaxed atmosphere, imaginative interiors and a large menu of gastro-pub classics, as well as on-tap beers. Right in the heart of Bath, its strongest selling point is its unmissable roof terrace, ideal for an evening drink and beautiful views of the city. 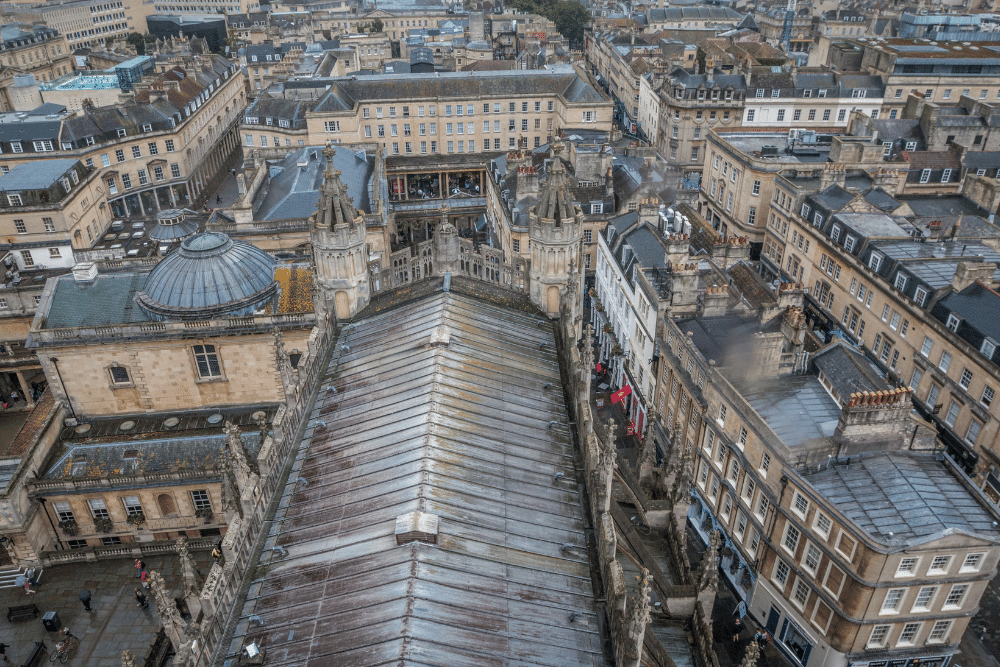 Bath offers a multitude of things to see and do, from galleries and museums to green spaces and sports facilities. And the best part? Most attractions are just a stone’s throw from the centre, so you’ll never have to venture too far away.

If you’re looking for the perfect balance between town and country living, with cosmopolitan treats and countryside aplenty, then it might be time to start your property hunt in Bath.